Sometimes the truth is stranger than fiction. And through the process of ideological subversion, where a people are indoctrinated into the ideology of their enemy through a slow and gradual process of socialist indoctrination it’s possible to subvert a nation from within to the point where they are unable to assess true and accurate information in making the correct decisions for themselves or their country. Divided into four basic stages to include demoralization, destabilization, crisis and finally normalization; the possibility of civil war or invasion exists before the process of normalization is completed according to former KGB subversion expert Yuri Bezmenov. And with the Chinese communist party virus currently wreaking havoc across the nation, an unprecedented crisis is facing the United States with global implications.

The World Health Organizations (WHO) primary role is to facilitate health within the United Nations system, a fact which would likely come to many Americans as a surprise though according to the WHO’s official website, “Our primary role is to direct and coordinate international health within the United Nations system.” Interestingly, according to the Center of Disease Control’s (CDC) own website the, “CDC’s Influenza Division has served as a WHO Collaborating Center (CC) for Surveillance, Epidemiology, and Control of Influenza in Atlanta, Georgia since 1956 and is the largest global resource and reference center supporting public health interventions to control and prevent pandemic and seasonal influenza.” 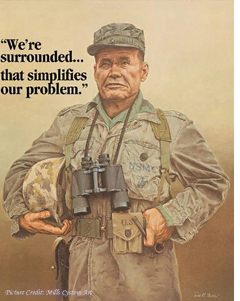 A troubling picture begins to emerge when all of this information is put into context in light of a May 22, 2020 CNN report titled, “CDC and 11 states acknowledge mixing results of viral and antibody tests,” where authors Arman Azad and Renee Baharaeen report that, “The US Centers for Disease Control and Prevention acknowledged on Friday it had mixed together results from viral and antibody coronavirus tests on its website. Eleven states also confirmed mixing viral and antibody test results. The CDC says it's planning to separate those numbers in the coming weeks, but experts say the current method is unhelpful and potentially misleading.

The viral test, also known as a PCR nasal-swab test is a notoriously unreliable though widely used and commonly accepted test found throughout the United States today. The antibody test, which generally consists of a finger prick, is used to detect the presence of antibodies for SARS-CoV-2 which is the virus that causes COVID-19 in humans though according to the CDC, “A positive test result shows you may have antibodies from an infection with the virus that causes COVID-19. However, there is a chance a positive result means that you have antibodies from an infection with a virus from the same family of viruses (called coronaviruses), such as the one that causes the common cold.”

Which is salient point to understand when evaluating the information confirming that the CDC and at least 11 other states in the country were cooking the books in order to justify the authoritarian lockdown measures instituted throughout the United States. The inherent unreliability of these tests and their purported combination with one another all working in tandem to provide a misleading and false representation to the public of the looming threat of COVID-19 to the general population.

And with all roads leading back to the United Nations through this avenue alone, consider that the WHO's association with China has increasingly come under scrutiny in recent times to the point where according to a February 16, 2020 CNN article titled, “The coronavirus crisis is raising questions over China's relationship with the World Health Organization,” author James Griffiths writes that, “The WHO's praise of China's response have led critics to question the relationship between the two entities. The UN agency relied on funding and the cooperation of members to function, giving wealthy member states like China considerable influence.”

This should be extremely troubling information for all Americans, because not only does it suggests an international body influences American policy and domestic affairs but it also suggests the loss of American autonomy in how Uncle Sam governs the people whom entrusts him with their everyday safety and survival. And as if that information isn’t concerning enough, consider the fact we are in the midst of an internationally backed Marxist insurgency with designs to overthrow the United States government and our way of life.

The United States is in the midst of a coup d’état designed to oust the Trump administration with international backing to include players from the United Kingdom, Australia, Russia and even Italy as part of a conspiratorial plot to frame President Trump with the Russian collusion hoax sham investigation. And with that information in mind, it’s important to understand the role that both Hillary Clinton’s campaign and the Democratic National Committee (DNC) played in financing the coup. Not to be outdone, former President Obama himself and virtually his entire cabinet have played pivotol roles in coordinating what has now colloquially been termed Obamagate; the treasonous coup d'etat plot to overthrow the Trump administration from within. We’re talking about a widespread conspiratorial effort from elements within the United States government to frame president Donald J. Trump and circumvent the will of the American people.

According to a June 19, 2020 United Nations news article titled, “Human Rights Council calls on top UN rights official to take action on racist violence,” the human rights watch dog group writes that, “UN independent experts on Friday expressed ‘profound concern’ over a recent statement by the US Attorney-General describing the so-called Antifa movement and other anti-fascist activists as ‘domestic terrorists’, saying it undermines the rights to freedom of expression and of peaceful assembly in the country.”

To anyone with even a smidgen of reading comprehension this is an outrageous position for the United Nations to take and one teetering on state sponsored terrorism and a declaration of war considering president Trump has declared these groups to be radical anarchists whose acts of violence perpetrated against the American people are offenses to humanity and crimes against god himself. A cursory glance alone at the June 5, 2020 Los Angeles Times article titled, “Editorial: Protesters skipped South L.A. and marched in white neighborhoods. Good for them,” indicates that the alleged “peaceful assembly” of the ANTIFA domestic terrorist movement has a sinister race-based motive which the United Nations quite clearly condones in light of their dishonest and misleading rhetoric condemning the Trump administration.

What all of this should mean to the average American citizen is that there is a sinister international plot to destroy the United States and many of the central players within the plan are none other than traitorous elements within the United States government. This information is already a widely accepted fact when put into it's proper context and readily available for anyone to read and comprehend for themselves if they are willing to put the time in and do the research. And through a thorough open source analysis of anything written here alone a troubling picture begins to emerge of an international conspiracy to overthrow the United States government in order to usher in a new world order.

The writing is on the wall and couldn’t be clearer to see; through these two avenues of research alone an internationally backed Marxist insurgency begins to come into focus whose designs include a global based effort to bring America to her knee’s in route to changing life as we know it forever. And with generations of Americans ideologically subverted from within through the public education system to be a demoralized people incapable of arriving at sensible conclusions in the best interests of themselves or their country the table is set in the United States for an unprecedented crisis with global implications. And according to former KGB subversion expert Yuri Bezmenov the possibility of civil war or invasion looms before the normalization of troops on American soil becomes a frightening reality where the truth is sometimes stranger than fiction.