“I think you gonna find, when all this shit is over and done... I think you're gonna find yourself one smilin' motherf--ker,” says Ving Rhames’s character Marsellus Wallace to the pugilist Butch in the brilliant 1994 flick Pulp Fiction directed by Quentin Tarantino. “The thing is, Butch, right now... you got ability. But painful as it may be, ability don't last. And your days are just about over,” said Wallace. “Now, that's a hard motherf--kin' fact of life. But that's a fact of life your ass is gonna have to get realistic about. You see, this business is filled to the brim with unrealistic motherf--kers. Motherf--kers who thought their ass would age like wine.” 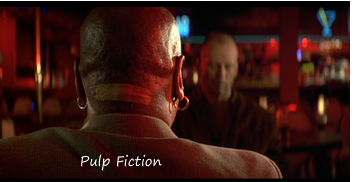 “If you mean it turns to Vinegar... it does,” explained Marsellus. “If you mean it gets better with age... it don't. Besides, Butch, how many fights you think you got in you anyway? Two? Boxers don't have an old-timer’s day. You came close, but you never made it. And if you were gonna make it, you would have made it before now.”

“You my (expletive),” Wallace ask’s Butch, played by actor Bruce Willis as he gestures to Butch with an envelope filled with cash inside. “Certainly, appears so,” replies Butch as he takes possession of the envelope. “The night of the fight you may feel a slight sting, that’s pride f--king with you,” said Wallace. “F--k Pride! Pride only hurts, it never helps.”

“You fight through that shit. Because a year from now, when you’re kicking it in the Caribbean, you’re going to say to yourself Marsellus Wallace was right," he explains as he moves to seal the deal with Butch. “I have no problem with that Mr. Wallace,” says Butch. “In the fifth, your ass goes down. Say it."

“In the fifth, my ass goes down,” Butch replies.