Tragic is one of many words I could use to describe the plight of UFC hall of famer B.J. Penn, a long-time star in the organization who is known around the world for his exploits inside the Octagon, Penn is one the best fighters to ever put on the gloves up at 155-pounds. But dark times have fell upon the former lightweight and welterweight champion, with a series of well publicized events outside the Octagon that have left many concerned for the well being of the aging UFC star.

According to a September 1, 2019 mmamania.com article titled, “Nick Lentz expects UFC to ignore latest B.J. Penn bar brawl, just like the last one,” author Ryan Harkness writes, “The Hawaiian fan favorite went from former two division UFC champion to owner of the biggest losing streak in the history of the UFC (at 7 in a row).” According to Harkness, “His life outside seems like a mess too. The mother of his children accused him of physical and sexual abuse. Police are investigating a claim that he threatened to murder his neighbor with a machete over some sort of gate dispute. And now he’s gotten himself into his second violent bar fight of the year.”

From the outside looking in, its easy to romanticize the sport of mixed martial arts as something virtuous, pure and true. Its an exciting sport where anything can and often does happen, leaving fans and analysts alike excited and at times stunned at the ultimate outcome of the fights. But make no mistake about it, fighting inside a cage is not a career option reserved for the best and brightest among us, professional fighters are not saints and there are very real consequences to a career in combat sports.

Dementia Pugilistica, sometimes known under various other nomenclatures and terms such as punch drunk, traumatic brain injury, chronic traumatic encephalopathy etc. is the result of an accumulation of blows received over a lifetime and/or career in combat sports that has devastating effects for the athletes who earned their living attending these schools of hard knocks. In an August 12, 2017 article for The Huffington Post titled, “Football’s Concussion Crisis is Killing Former High School Players, Too” author Andy Martino writes:

"Late last month, a study published by the Journal of the American Medical Association grabbed headlines with a startling statistic: Chronic traumatic encephalopathy, or CTE, was discovered in 110 of the 111 former NFL players whose families donated their brains to the Boston University School of Medicine. The disease, caused by head trauma, leads to dementia, memory loss, suicidal thoughts, and personality and mood changes, among other progressive symptoms."

An unflattering future awaits many of today’s combat sport athletes, revered and loved by so many now, the consequences of a career in combat sports will ultimately strip them of their pride, glory and fame tomorrow. To the casual fans, the bright eyed and bushy tailed outsiders who admire the bravery, grit and determination in these athletes, they might as well be demi-gods who can do no wrong. But when the blows received throughout a career of training in the gym and the professional ranks begin to catch up with these same athletes whom we all love and admire; the fair-weather fans are quick to turn their backs and abandon ship. We love these athletes when they are sacrificing their lives and futures to entertain us now, but once those blows begin to accumulate and the consequences begin to manifest themselves it is truly amazing how quickly our heroes becomes zeroes in the eyes of public perception. 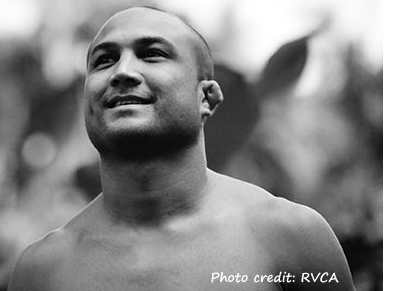 According to a National Center of Biotechnology Information .gov website, a US National Library of Medicine National Institutes of Health August 9, 2010 manuscript for The Journal of Neuropsychiatry and Clinical Neurosciences, titled, “Aggression after Traumatic Brain Injury: Prevalence and Correlates” by Vani Rao, MD, Paul Rosenberg, MD, Melaine Bertrand, MPH, et al: "Aggression is one of the most common consequences of traumatic brain injury (TBI). Prevalence estimates of post-TBI aggression range from 11%1 to 34%,2 likely due to differing samples and definitions. However, the phenomenology of post-TBI aggression is not yet well defined.3 Aggression may manifest as verbal and/or physical aggression, but it is unclear if differing expressions of aggression are distinct syndromes or if it constitutes a continuum of symptoms. Understanding the phenomenology and expressions of aggression in post-TBI aggression may help investigators with treatment and prevention."

In a sport where violence, aggression and a killer instinct are often times recipes for success inside the Octagon it should come to nobody as a surprise the very symptoms associated with traumatic brain injury just so happen to coincide with success inside the ring or cage. With other factors coming into play such as environmental and sociological, cultural norms that re-enforce violence as an acceptable outlet of self-expression; a melting pot of variables ultimately come together to form an atmosphere primed for violence with the legendary prize fighter right smack dab in the middle.

“UFC Hall of Famer B.J. Penn has broken his silence about a pair of videos showing a street fight he was involved in, expressing regret for his role while denying he was completely at fault,” writes MMAJunkie.com’s Steven Marrocco in his September 4, 2019 article titled, “B.J. Penn denies starting street fight caught on video, addresses domestic abuse allegations.” According to the report, “Penn downplayed the severity of the incident but acknowledged he should’ve stayed out of fights.”

“I know how bad it looks,” Penn said. “I’ve got to take responsibility for the position that I’m in. I’ve got to take responsibility for when I was getting punched to not let my adrenaline go and start saying other stuff, because I really didn’t want nothing to do with that.” Penn would go on to state, “I’m addicted to fighting and working out and getting into tussles with men.”

“He won’t fight again,” White told ESPN. “That’s it. It’s a wrap,” writes Guilherme Cruz in his September 5, 2019 MMAFighting.com article titled, “Dana White says B.J. Penn won’t fight again: ‘What I saw in that video was sad’.” Considering Penn’s tragic fall from one of the sports brightest stars to consistently making the headlines for all the wrong reasons, the UFC President is every bit within his right to finally say enough is enough and recommend that Penn consider retirement. Let’s just hope he has the wherewithal to stick to his convictions and recognize the sacrifices B.J. Penn and other athletes have made to combat sports and helps to secure safety nets for these athletes in the future once their gloves are finally hung up for good.