Who polices the police? That task is usually relegated to internal affairs, so when a question of ethics within the mixed martial arts journalistic community arises naturally the matter should be brought forth by those from within the combat sports writing community itself. Because delegating matters to those who are in no position to be defining boundaries through lobbying interests would essentially lead to nominating the fox to guard the hen house.  If your own abode isn’t in order, attempting to police the conduct of others is a futile means of pursuit.

According to an August 5, 2019 Twitter post from Forbes MMA journalist, Trent Reinsmith, “Colby Covington's main event fight in Newark was the lowest in ticket sales in the eight trips UFC has made to Newark.” What would follow is an interesting exchange of ideas between two fight aficionados underscoring an often-overlooked aspect of combat sport impropriety. In response to Reinsmith, Twitter social media user Rich Hansen would go on to remark, “The only people who think he's a draw and who don't draw a check from UFC are in the MMAJA. OK. I take that back. At least one of them has drawn a check from UFC.” 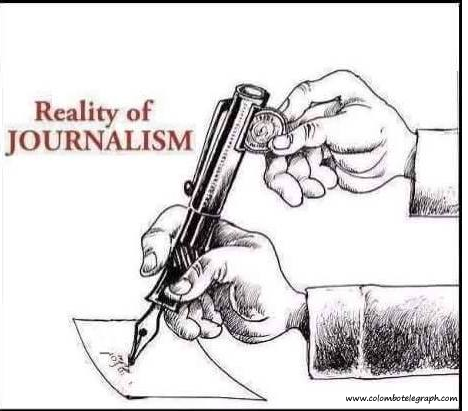 Not for nothing,” writes Bleacher Report Senior Writer JE Snowden in a now deleted August 6, 2019 follow up reply to Hansen, “But lots of MMAJA members get paid routinely by promoters or their proxies. It's not even remarkable.”

The MMA Press Room reached out to interim MMAJA President Dann Stupp and interim MMAJA Vice President Ariel Helwani for comment with no reply as of press time on August 7, 2019 from either MMAJA representative.

According to the MMA Journalists Associations (MMAJA) official website, “It is our hope that the association will succeed not only in promoting a high standard of ethics and professionalism among its members, but also in advocating for the interests of its members as they navigate working relationships with promoters, fighters, managers, and the many other professionals who populate the sport of MMA.”

The MMAJA website goes on to state, “The association will establish a code of conduct for its members, as well as recognize exceptional work in both the sport itself and the media coverage of it via annual awards. It will also work to stimulate a productive fellowship among working professionals in the MMA media, rooted in the spirit of journalistic integrity.”

The Society of Professional Journalists, founded in 1909, lays out a number of guidelines in order to protect journalistic integrity. Among those guidelines are “avoid conflicts of interests, real or perceived” and “shun hybrids that blur the lines” between news and partisan advertising.

Hardly the first-time similar allegations have been made, In a March 20, 1981 NY Times article titled, “Plagued by Corruption, Promoter Says of Boxing,” author Michael Katz writes, “Harold J. Smith, who until he disappeared in January was the most powerful promoter in boxing, said this morning that he had tapes and documents “that could put a lot of boxing people in jail.”

According to Katz, “Mr. Smith said he was going to sue one prominent newspaper boxing reporter, whom he identified by name during the course of the interview, for libel. He said the reporter was corrupt and that he took money from one of Mr. Smith's rival promoters.”

The mixed martial arts media loves to hound fighters with uncomfortable, embarrassing and at times down right rude questions. Sometimes these questions have the unfortunate effect of alienating fighters, painting them into corners professionally at the whim of entitled reporters flexing their journalistic might.

Often times, the reporters will fly into tangents about how they are only doing their jobs, vehemently defending their behavior if there is even so much as a hint of push back from their campaigns of terror. In reality, some of these journalists could just as easily title themselves character assassins than their preferred moniker of professional sports journalist. But when the roles are reversed, and it’s the media’s own actions and ethical behavior under scrutiny the silence at times can be deafening.

An interestingly proposition to consider, what if there is more than initially meets the eye with the behavior of some of these sports journalists? Writers who are not simply striving to uncover the truth to be the best that they can be but who are in fact on the take and on the prowl. Paid provocateurs working under the table for various unscrupulous entities to write hit pieces on athletes; character assassins contracted to scribe negatively slanted articles to the detriment of athletes for the favor of financiers. 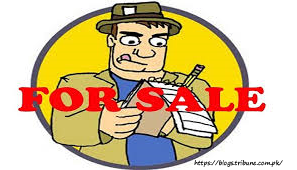 All written or performed under the pretext of what the public presumes to be legitimate editorial pursuit but which are in reality the actions of reporters who are little more than journalistic hit men for hire.

Conversely, this exact same methodology is how consumers are sold a package of lies wrapped up in a nice, neat little bow. The divisions’ next heir to throne presented to the unsuspecting public with a straight face and fat wallet as the tall tale unfolds. Through selective match making and well financed hired guns, hype trains and story lines are continuously generated to keep the charade alive as tomato cans and bums are repackaged and sold to the public as the next Jon Jones.

Only to later serve their ultimate and true purpose as sacrificial lambs led to slaughter as the casinos and betting houses clean up and cash in on the latest artificially created bubble. Which is purposely burst at the most opportune time possible with numerous hands on the clock working in unison like a well-oiled machine to make the inevitable possible.

According to a June 2012 crimeandjustice.org article titled, “Sports journalists and corruption: between unintended and willful blindness,” Dr. Dino Numerato of Bocconi University writes, “Journalists are significant interpreters of the world of sport. This means that they not only transmit the passion, spontaneity and pleasure of contemporary sports, but that they can also challenge the traditional principles of fair play by enhancing corruption.”

Dr. Numerato goes on to say, “The recent increase of corruption in contemporary sports has been partially attributed to the symbiotic relationship between the realm of sport, the mass media, business and advertisement industry.”

A phenomenon I have regularly described as the sports entertainment industry, the modern landscape of combat sports is influenced not by the bright eyed, bushy tailed perceptions of the naïve but by what essentially amounts to the man behind the curtain. The ventriloquist with his hand up the dummy’s ass. The string pullers, shot callers and white-collar elite who bridge the gap between sport reality and sport fiction.

“Although the entire mass media and all journalists do not necessarily play the role of devils orchestrating corruption scandals, their involvement and possible contribution to corruption cannot be underestimated or sidelined,” writes Numerato.

The Bocconi University Sociologist and Research Fellow goes on to list a number of ways in which sports journalists contribute to impropriety. According to Numerato, “First, they may unintentionally and indirectly contribute to corruption. In these cases, they primarily focus on positive aspects of contemporary sports and have no interest to critically understand the processes that have detrimental effects for modern sports.”

There can be a variety of reasons why various news desks, websites and global sports networks might only focus on the positive. Whether through lacking a legitimate foundation in combat sports to critically assess modus operandi in the first place or due to other reasons to include but not limited to fear of compromising professional relationships, loss of access to venues vital for professional success or even matters of a legal variety. Turning a blind eye for matters of professional safety alone not an unheard of or respected position.

The MMA Journalists Association attempts to police the conduct of mixed martial arts journalists through its stated ethos for both its actual and prospective membership. A self-anointed governing body, the association exists to advocate for the interests of its members under a variety of conditions. While few things are black and white, generally hovering in some varied shade of grey relying on the fox to guard the hen house can lead to the kind of government oversight that betrays the publics' trust in modern sports journalism.