There was a time in the history of mixed martial arts (MMA) when the mainstream sports media treated MMA like the red headed step child of the sporting world. It was a fringe sport hardly warranting regular coverage from the big-time media outlets such as ESPN, Sports Illustrated or any other well respected publication for that matter. The sport was under tremendous political pressure during its earliest and leanest years from the likes of Senator John McCain and a host of local politicians playing interference when promotions attempted to come to town. The future of the sport was very much uncertain to say the least.

Yet, the flame was never allowed to fully extinguish, a small but loyal and dedicated group of online fans, devout followers of the sport then known as No Holds Barred cage fighting managed to keep the interest and dream alive at a handful of small, independent websites through the thinnest of times during the mid to late 1990’s on into the early 2000’s. Without this dedicated, loyal group of followers during this time period, it is debatable if anyone would even be reading this article right now, the sport may have just simply faded by the wayside, their significance to mixed martial arts cannot be overstated. 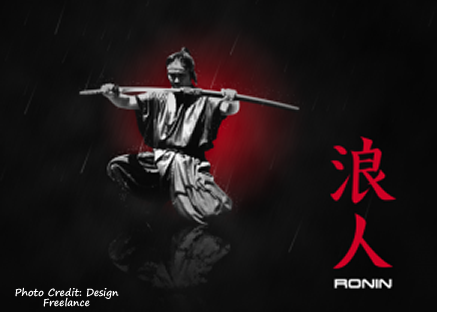 Websites like Sherdog.com and MixedMartialArts.com were the leaders in purveying the sports latest news and backroom gossip; their discussion forums in particular serving as the backbone of the sport itself until the grassroots movement started to spread like a virus, bringing a revitalized interest into mixed martial arts that would eventually give rise to a global phenomenon. Enter Frank and Lorenzo Fertitta, whose Zuffa, LLC purchased the UFC in 2001 for $2-million dollars and, who along with UFC President Dana White, himself a minority shareholder in the company, managed to turn a nearly bankrupt business into the sports leading combat sports promotion due in large part to the success of the sports reality television series The Ultimate Fighter (TUF).

“If it wasn’t for The Ultimate Fighter, we wouldn’t be here right now. As in all of us,” writes author Ryan Harkness in his August 5, 2019 BloodyElbow.com article titled, “Dana White is bringing The Ultimate Fighter back: ‘It can’t go away ever’.” According to the report, “The UFC probably wouldn’t be around. I wouldn’t be here writing this blog post, and you wouldn’t have 30+ too many MMA events to complain about on a Monday morning. It’d be terrible.” Needless to say, The Ultimate Fighter is widely credited with breathing much needed life into the fledgling organization and as a result, emotions run high from those who stood the most to lose when it comes to protecting their investment.

In an October 3, 2011 BleacherReport.com article titled, “Dana White's Hate List: 50 People Who Have Enraged the UFC Chief,” author Nick Caron writes, “As is to be expected in a sport where two men literally fight each other, mixed martial arts has its fair share of colorful personalities. But perhaps no one involved in the sport has ever been more in the limelight than UFC President Dana White.” According to Caron, “Many of those who lived up to the expectations the UFC President set for them have become celebrities (and some even millionaires), but those who have crossed the boss have found themselves feeling like a one-legged man in an ass-kicking contest.”

Coming in at number 49 on Caron’s list of 50 people who have enraged White is former Sherdog.com, Sports Illustrated and ESPN reporter Josh Gross. “Sometimes, reporters get in the way of sports organizations doing things. Sometimes they reveal things that said organizations would prefer to keep quiet,” writes Caron. “And sometimes, they piss people off so badly that they get completely black-balled from everything.That’s what happened to Josh Gross.”

“Gross and White’s back-and-forth battles over the years have been about everything from steroids to Gross spoiling the results of the reality TV series The Ultimate Fighter,” writes the BleacherReport.com. The reporting of the finalists for season 4 of The Ultimate Fighter before the show actually broadcasted to the general public seemed to have sparked a particular furor from White, who according to Gross, had revoked all media access well before UFC 55 in October of 2005, including that of Sherdog.com.

In a March 29, 2012 The Underground forum post from Gross, when asked if his reporting on the finalists of season 4 of The Ultimate Fighter occurred before or after Sherdog’s press credentials had  been pulled, Gross replied, “After. But then they got them back and lost them again. Too hard to keep track. All MMA media outlets lost access before UFC 55. I still don't know why. Some got back in, some didn't.”

According to a June 21, 2007 MMAMania.com article titled, “Sherdog vs. UFC: Dana White responds to Josh Gross?” a response to an open letter written by Josh Gross to UFC President Dana White was posted on The Underground forum, though whether or not the actual author was in fact Dana White is a matter of debate. “There's no telling if it is White 100 percent, but if it is not, he has an Internet doppelganger who sounds identical to him,” writes MMAMania.com.

According to the post, “It’s funny how when bad things happen, you love to call me out and say that I need to jump in and fix it,” the response read. According to the write up, which was signed “Dana White” at the bottom of the letter, “All the positive things that Zuffa has done over the past 6 years and you write me an open letter telling me to fix the problem of fighters using steroids? You are the biggest idiot I have ever met in his industry,” writes White.

Continuing, “Josh “holier than now” Gross writes a letter full of insults and sarcasm about what my company and I have accomplished since buying the UFC-like it was some easy chore. This is the same scumbag who released the finalists of TUF season 4 before it even aired. Josh, before you start trying to fix my company, worry about the potential lying, corruptions and inaccuracies at your own ****ty website,” said White. Later, after a questionable rant about MMA media, fighter interviews and money, White would go on to write that, “I have not let Sherdog into a UFC event in years. And the UFC is doing just fine.”

“One thing we know for sure: Gross and others weren't banned for "spoiling" the fourth season of The Ultimate Fighter,” writes BloodyElbow.com’s Jonathan Snowden in his November 15, 2010 article titled, “Josh Gross to ESPN: Dana White's Least Favorite Reporter Joins Sports Powerhouse.” According to the report, “That show hadn't even been filmed when credentials from the hardcore MMA sites were pulled. The fallout from that infamous Gross podcast, however, may have permanently colored the relationship between the reporter and the UFC.”

“Gross's spoiler was the shot heard around the world,” according to Snowden. “MMA fans and media alike debated the propriety of the move, with some suggesting that his revelation of the season four finalists was payback for White revoking his credentials,” writes BloodyElbow.com.

Interestingly, “The media sites who had walked a long road with the UFC were out, replaced by the corporate media du jour. No one was sure exactly what happened or why. Rumors circulated that Sherdog, MMA's leading website, was banned because of a dispute with the UFC over DVD sales,” the report speculated. “Of course, that doesn't explain why other media like Weekly and Full Contact Fighter were also banned at the same time,” writes Snowden.

According to a June 24, 2019 Jim Cornett vs The World YouTube video titled, “Al Snow: WWE Going PG is Irrelevant if There’s No Realism or Consequences,” Snow, a 30-year professional wrestling veteran, went on record about a number of topics surrounding mixed martial arts and professional wrestling, including the fabled The Ultimate Fighting reality television series and the little known back story which paved  the way for the show that UFC President Dana White credits with saving the Ultimate Fighting Championship from financial ruin. “Another thing we’re seeing today is a, we’ve used the word sanitized before, a more PG version of a product now, I think it’s probably got a lot to do with an election that’s going on, but nevertheless we’re seeing a PG product now. What’s your impression of this?” reporter Sean Oliver asked Snow.

According to the professional wrestling veteran, “Well, I agree with you, I think it has a lot to do with the election, but I also think it has a lot to do with the UFC. Which is again, is a completely asinine correlation. The success of the UFC, which is directly related to and tracked backed to, and it ain’t just my opinion but numerous people that are in the know, including Dana White, have all tracked it right back to The Ultimate Fighter, which was a complete and total admitted rip off of Tough Enough. That and the only reason that it was put on the air was because Spike TV had approached WWE about putting Tough Enough on the air and they declined, which opened the door for The Ultimate Fighter.

“And what is professional wrestling? It’s MMA, it was the original MMA, catch wrestling is the original MMA because they always incorporated every type of style along with martial arts and everything, granted, it was a work, but that is what it was and it still is today. But now it’s just become more centered on performance and not on the idea that they’ll work in actual competition,” Snow explained.

A good case could be made that the modern entertainment era of mixed martial arts, with its flamboyant and outspoken stars like Conor McGregor and Ronda Rousey, have absolutely taken a page out of professional wrestling’s playbook in catering to performance, along the way virtually defining what the sports entertainment industry means in the 21st century. That in and of itself lends credence to the notion that history repeats itself, in particular how the early rough and tumble North American style of catch-as-catch-can wrestling eventually evolved into conventional professional wrestling, extinguishing itself out of existence in favor of the modern era of performance based, worked professional wrestling matches.

Coming full circle, sometimes the more things change, the more they stay the same. The Ultimate Fighter reality TV series introduced the sport to mainstream audiences and, in the process, helped save a fledgling organization that went on to become the benchmark of the mixed martial arts industry itself.

Though without the sports earliest and to date most fervent fan base, the mainstream media outlets like ESPN, Sports Illustrated and others would have surely continued turning their backs on a sport that perhaps today, may not even exist if not for the sports original and most dedicated following. Mixed martial arts struggled for its very existence in those times, and today still suffers from those who wish to undermine and change an already perverted version of a once most beautiful display of martial science into something else, something new and different, highlighting the necessity for those very same loyal and fervent fanbases to step up and help keep the flame from extinguishing itself out of existence once again in the modern era.