By all accounts, Frankie Edgar might be one of the nicest guys in MMA. A former UFC lightweight champion and Division I wrestling standout from Clarion University, Edgar is a true mixed martial artist who honed his striking skills in professional boxing gyms from Philadelphia to Brooklyn, New York early on in his career. With a resume most could hang their hat on already in the bag, Edgar is still chasing glory at the age of 37 years old. Should he succeed, he will be joining the elite ranks of some of the sport’s greatest two-division superstars.

UFC 240 Holloway vs. Edgar is set to take place at Rogers Place in Edmonton, Alberta, Canada Saturday night July 27, 2019 on ESPN+ PPV. A fight originally booked for UFC 222 in March of 2018, the champion Holloway ended up suffering a leg injury and withdrawing from the bout. It was an unfortunate set of circumstances that nobody would have blamed Edgar over should he had chose to withdraw from the card himself altogether. The originally scheduled bout was a title-shot for Holloways 145-pound featherweight crown, a coveted opportunity that most fighters could only dream of. But being the company man that Edgar is, he rolled the dice, facing the dangerous Brian Ortega on short notice. But unfortunately for Edgar, he lost by knockout to Ortega in the opening stanza of a fight where he looked undersized but competitive before going down in flames. 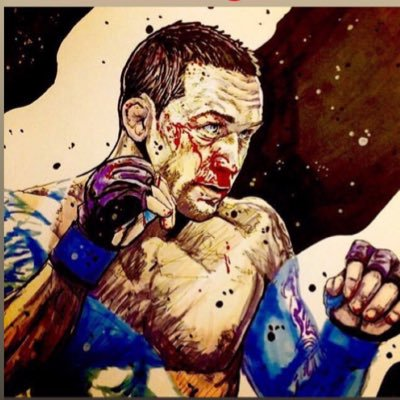 Edgar had saved theUFC 222 card, but lost what was supposed to be a hard-earned title-shot to an up and coming UFC prospect in the process. It was by anyone’s definition, a devastating turn of events for the New Jersey native. Ortega would then go on to fight Holloway for the title in December, losing by doctors’ stoppage in round four in an impressive showing for the Hawaiian champion while Edgar would incredibly go on to defeat Cub Swanson just one month later following the stoppage loss to Ortega, defeating Swanson by unanimous decision at UFC Fight Night 128.

Holloway would go on to step up a weight class to face Dustin Poirier at UFC 236 for the UFC interim 155-pound lightweight title, losing by unanimous decision in a bid to become a two-division UFC champion in his own right. Which brings us full circle back to UFC 240, where the universe has found equilibrium and once again and we are back on track for an Edgar vs. Holloway showdown for the UFC 145-pound featherweight title.

Should Edgar manage to defeat Holloway on the 27th, he will join an elite list of the sports most decorated champions to hold titles in two weight divisions. Edgar would be walking the halls with UFC greats like Randy Couture, Georges St. Pierre, B.J. Penn, Daniel Cormier, Conor McGregor, Henry Cejudo and Amanda Nunes as two-division UFC champions. This is an incredible opportunity for Edgar, who just over a year ago was going down the wrong way on a dead-end street.

But it won’t be an easy mountain to climb, in Edgar’s way is a sharp Max Holloway who is looking to rebound from his loss to Poirier and remind the world that there is no shame in losing an interim title fight in a division above your championship weight class to a great fighter like Dustin Poirier. Both fighters are known for their cardio and excellent work rate, which compliments their respective crisp boxing technique and overall threat level throughout the duration of the contest itself.

The key to victory for Edgar will be to utilize his speed and quickness to neutralize Holloway’s five-inch height and slight one-inch reach advantage. Edgar will either need to flow like a butterfly and sting like a bee, staying safely out of striking range while effectively timing his entries or rough Holloway up in the clinch in route to taking the fight to the ground and utilizing his NCAA wrestling base. In many ways some of the same problems that presented themselves to Edgar in the Ortega fight will once again resurface for Edgar in a final exam with real world consequences to see what, if anything, Edgar learned from his last unsuccessful outing against a lengthier, rangier opponent.