“Shaolin shadowboxing and the Wu-Tang sword style. If what you say is true, the Shaolin and the Wu-Tang could be dangerous.” The opening salvo and immortal words of an old Wu Tang Clan track known as “Bring Da Ruccus,” the sound bite cut from the 1983 classic Chinese kung fu movie Shaolin vs. Wu Tang, the genre of which to this day enjoys a dedicated and loyal underground cult following in the United States and across the globe. One that managed to crossover into mainstream culture thanks in large part to the efforts of the legendary hip-hop group from New York.

But the long and storied history of kung fu, a beautiful and diverse martial art synonymous with China itself and the source of great pride and ideological based inspiration for the Chinese people is under attack. Former mixed martial artist, turned coach Xu Xiaodong is calling out smaller, less experienced Chinese kung fu masters on social media, individuals ripe for the picking with disastrous results for Xiaodong’s handpicked opponents.

Xiaodong is undermining and challenging the identity of China itself, in humiliating performances and displays for the Chinese kung fu experts who are held in high reverence by the Chinese people as these poor, unfortunate martial art practitioners fall victim to Xiaodong’s bullying tactics. In the process, demoralizing the Chinese people themselves who see their long held, centuries old cultural reverence for Chinese kung fu destroyed by the Western influenced martial artist Xu Xiaodong.

According to an April 3, 2019 article from The American Spectator titled, “Cultural Marxism and its Conspirators,” author Paul Kengor writes that, “Maybe the best we can say is that cultural Marxism, for lack of a better term, is essentially, and very simply, Marxism applied to cultural goals.” According to another source, “The central idea of cultural Marxism is to soften up and prepare Western civilization for economic Marxism after a gradual, relentless, sustained attack on every institution of Western culture, including schools, literature, art, film, the Judeo-Christian worldview tradition, the family,[2] sexual mores, national sovereignty, etc.” 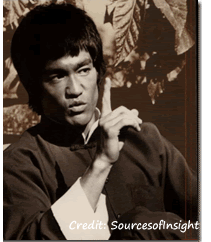 Under the socialist system of communism there is no room for alternative forms of ideological governance other than that of the state, individualism is crushed under the totalitarian blanket that permeates the ideology itself. Which is why the socialist Bolsheviks, who would famously later became the Communists in the Soviet Union immediately set upon Christianity upon seizing power in the aftermath of the Bolshevik revolution. There can be no dissention from the state, who seek to institute their own vision of societal rule which includes instituting new social norms and cultural practices, cracking down upon all who fail to conform in the process.

Such was the political, sociological, cultural influence and pressure on Christian leaders of the time that they even renounced god himself to their own people due to societal forces put on the religious figures of the time. The fear and utter intimidation from the authoritarian, totalitarian wing of the socialist party exalting tremendous cultural and sociological pressure on the Russian people by having no tolerance for opposing viewpoints or alternative systems of belief but those rubber stamped with the states seal of approval.

We’re talking about turning entire cultures, nations, peoples, the very identities of the peoples themselves upside down. Everything from institutions of higher learning, to systems of belief and the very things that make a people who they are; destroyed, undermined, humiliated, disgraced and squeezed from existence. Its cultural genocide, as the complete and irreversible damage to a people is buried under an avalanche of revolution; their history, culture and national identity wiped off the board in order to implement a new paradigm and system of governance and control.

From the ruins of the old, something new and different is built. From the ashes of the demoralized and conquered arises a new culture, a new direction, a new system of social governance and cultural vision. It is quite literally in with the new, and out with the old as essentially the exact same consequences as a nation conquered on the field of battle plays out in cultural, sociological and ideological terms.

“Like football to Brazilians, kung fu has become a quintessential part of Chinese identity. In no culture other than Japan have ancient fighting techniques been elevated to such status,” writes author Chow Chung-yan in his May 6, 2017 article for the South China Morning Post titled, “Opinion: Why a kick in the teeth is good for Chinese Kung Fu.” According to Chung-yan, “Wuxia (martial arts) is the oldest genre of Chinese film and remains hugely popular today. Its rise in popularity goes hand in hand with the spread of nationalism. Kung fu has become an expression of Chinese resistance to foreign humiliation, a symbol of cultural uniqueness.”

And Xiaodong is getting quite a bit of help in the process in aiding the public’s perceptions that traditional Chinese martial arts are inferior to modern mixed martial arts with publications covering the MMA vs. kung fu challenge matches describing Xiaodong’s victims as frauds, routinely using quotation marks around titles such as “master” and other terms that denote expert status in sarcastic and disrespectful manners in order to sway the public’s opinion of the traditional Chinese martial artists Xiaodong has defeated.

So not only are Xiaodong’s actions perfectly in line with Marxist theory, but he is receiving material aid and support from those in the media who have the means to social engineer change and thus drive cultural identity in molding the publics perceptions of the effectiveness of traditional Chinese martial arts on the modern battlefield. For all intents and purposes, these media outlets are serving as the propaganda arms of those whose purpose it is to undermine the publics perceptions and deeply engrained cultural beliefs in traditional Chinese martial arts. Almost a microcosm itself in the justification of the Communist Party’s rise to power in the not too distance past in China’s history.

“Kung fu was banned under the Communists in the 1950's,” writes Howard W. French in his February 10, 2005 NYTimes article titled, “So Many Paths. Which Shaolin Is Real? The Reply: Yes.” As popular myth and legend has it, according to French, “A Buddhist monk from India named Bodhidharma, or Damo, settled here then and began instructing local monks in scripture and the physical drills that are still said to be the basis of kung fu.”

“The road to Shaolin Temple today is literally lined with kung fu academies, which at last count numbered over 50,” reports the NYTimes. According to French, “Anyone vaguely familiar with Chinese martial arts and with a little bit of business sense, here or abroad, can hang up a shingle claiming to run a Shaolin kung fu school.”

The NYTimes would go on to report that the temples leaders, bitter that the Shaolin kung fu name and brand was being capitalized on by others, persuaded the Chinese government to officially recognize Shaolin kung fu, even lobbying for protection under the World Trade Organization bylines and regulations.

According to the NYTimes, "All across history, Shaolin Temple has served the emperors," said Liang Yiquan, 74, the director of the nearby Shaolin Epo Martial Arts School.” Yiquan went on to note that, "Now they serve the Communist Party. There's a political element to it.”

According to a November 5, 2008 article from the Official Website of the Chinese Olympic Committee simply titled “Wushu,” the old term synonymous with Chinese martial arts has taken on new connotations in the modern era.  The Olympic committee website goes on to explain that wushu is a term that can include martial arts activities such as kung fu, however it’s a broader term for a wider array of Chinese military disciplines and studies.

According to the committee website, “Kung fu (or gung fu) alludes to any individual accomplishment or cultivated skill obtained by long and hard work. In contrast, wushu is a more precise term that refers to general martial activities.”

“Wushu, also known as modern wushu or contemporary wushu, is both an exhibition and a full-contact sport derived from traditional Chinese martial arts,” explains the Olympic committee.

The committee website goes on to explain that modern wushu, “Was created in the People's Republic of China after 1949, in an attempt to nationalize the practice of traditional Chinese martial arts.” Meaning modern day wushu is a sport created by the Chinese Communist Party, a new martial art derived from traditional teachings.

Itself an example of the real-world implementation of Marxist theory in cultural terms, a new sport derived from old teachings which were promptly exiled and banned by the communists themselves. The implications of which, for a society that revered kung fu as much as the Chinese people do, were demoralizing and devastating to the Chinese cultural identity.

The banishment of kung fu by the communists in the 1950’s preceded the Great Leap Forward, which is described by Britannica as, “The campaign undertaken by the Chinese communists between 1958 and early 1960 to organize its vast population, especially in large-scale rural communes, to meet China’s industrial and agricultural problems.” According to Britannica:

“The inefficiency of the communes and the large-scale diversion of farm labor into small-scale industry disrupted China’s agriculture seriously, and three consecutive years of natural calamities added to what quickly turned into a national disaster; in all, about 20 million people were estimated to have died of starvation between 1959 and 1962.”

This time of great suffering for the Chinese people was no doubt aided by the banishment of kung fu, a system of martial arts to the outside, western world; in China kung fu is greatly revered as an all-encompassing way of life which aided in the Chinese people’s world view through the strong cultural and sociological influence it had on the Chinese society. Kung fu offered the Chinese people the same kind of ideological significance and strength as religion did to the Russian people following the 1917 revolution and which still plays a major role in many other civilizations and cultures today.

So now, a new sport known as Wushu was created from traditional styles in order to nationalize Chinese martial arts for the people and the original, traditional systems of martial arts were promptly banished and exiled from existence. In essence, attacking the cultural identity of the Chinese people and its history in order to help implement a new ideological system of governance to the Chinese people known as communism.

This significant cultural blow to the Chinese people struck at the very identity of what it meant to be Chinese and helped make the Chinese people even more vulnerable to the unconscionable suffering the Great Leap Forwarded brought to the Chinese population as a result of socialist policies. And this same kind of pressure on the traditional Chinese martial arts that occurred in the 1950’s by the Chinese Communist Party is enjoying a renaissance in modern times by Xu Xiaodong, who is carrying on the long communist tradition of applying cultural Marxist principles to traditional Chinese martial arts.

Instead of looking to humiliate and discredit traditional Chinese martial arts, Xu Xiaodong should focus his efforts into preserving the traditional systems of kung fu and spearhead their advancements into the modern 21st century, showcasing for the world the unique and often times beautiful forms of combat China has to offer on the world stage. With Xu’s help, the Chinese people could be successful in doing just that. But instead, Xiaodong curiously focuses his efforts on heading in the exact opposite direction, leaving one to question the exact origins, motives and intentions of the crusade he appears to have steadfastly embarked on.