The communist takeover of America is well underway, though the foundation for this moment was laid long ago. The former KGB agent Yuri Bezmenov detailed through a series of lectures, interviews and writings the ideological subversion of America, which according to Bezmenov was comprised of four basic components to include demoralization, destabilization, crisis and finally normalization. With the distinct purpose to destroy a country, nation or geographical location of one’s enemy; the act of ideological subversion is not a crime though its aim and effect absolutely mean to end life as we know it.

With millions of Americans under shelter-in-place orders across the country amid the communist Chinese coronavirus pandemic, a new appreciation for the meaning of liberty and freedom is coming to light in the face of oppressive, authoritarian based tyranny. But America is a divided nation, and in truth large swaths of both sides of the political aisle harbor pro-Marxist ideology largely due to the socialist indoctrination of America’s youth through the public education system. The end result rendering the majority of Americans within the two-party dominated American system of governance sympathetic to Marxist-Leninist ideology and thus undermining the traditional conservative platform.

The history of the United States is one born out of rebellion from tyranny, when the kings men attempted to seize the colonist’s arms at Lexington and Concord the shot heard around the world was fired and a revolution ensued against the British crown which ultimately culminated in American independence. Today, the spirit of freedom still resides in the hearts and souls of many Americans who will not easily trade essential liberty for a false sense of security. But when the state insists on enforcing authoritarian, tyrannical edicts on the people there are a host of measures available to soften the impact against non-compliance to include the use ideological subversion  and psychological operations techniques.

The Chinese philosopher Sun Tzu is credited with the idea that, “The supreme art of war is to subdue an enemy without fighting.” And through the use of ideological subversion; socialist indoctrination is implemented through the public education system.

And through the careful manipulation of the American people via propaganda disseminated in the form of radio, television and cinematic film, the social engineering of the American population is complete. The increasing popularity of online alternative media in particular has proven to be an influential force in driving public opinion and among the most popular podcasts in the world is The Joe Rogan Experience (JRE).

Introducing himself as a medical detective to millions of listeners around the globe, Michael Osterholm sat down with longtime MMA personality Joe Rogan in his March 10, 2020 JRE podcast titled, “How Serious is the Coronavirus? Infectious Disease Expert Michael Osterholm Explains," to set the table on the severity of the COVID-19 pandemic for the American people. “This is going to be at least 10-15 times worse than the worse seasonal flu you will see,” Osterholm proclaimed to Rogan.

According to the infectious disease expert, “We conservatively estimate that this could require 48-million hospitalizations, 96-million cases actually occurring, over 480-thousand deaths that can occur over the next three to seven months,” explained Osterholm.

Though as of April 24, 2020 the United States has reportedly only surpassed 50,000 coronavirus deaths with reports of inflated death tolls around the country calling into question official estimates as medical facilities across the nation sit empty, even forced to furlough staff in many cases due to a shortage of patients. With the truth increasingly failing to live up to the projected numbers from the experts, the reality of a near nationwide lockdown based upon tragically flawed projection models has left many critical thinkers of the world searching for answers.

Interestingly, according to a January, 2000 document titled, “The Imposition of Martial Law in the United States,” Major Kirk L. Davies details in his LSU.edu report an eerily similar hypothetical situation to the coronavirus pandemic facing the United States today in which martial law is instituted after the release of a biological agent on the American people. The document reads like a blueprint for the institution of marital law in the United States and would no doubt parallel a formulated response by government officials today in the event of a coronavirus pandemic reaching American shores.

According to the report, “Chaos results. Finally, the President declares martial law in an attempt to restore order in the nation. This unwelcome scenario is but one example of a crisis that could quickly rip apart America's social structure. Even though’ civilian disaster relief and law enforcement agencies regularly prepare for emergencies, Americans as individuals and as a society are woefully unprepared to face this kind of serious disaster. Michael Osterholm, State Epidemiologist for the Minnesota Department of Health, and Chair of the Committee on Public Health and the Public and Scientific Affairs Board, has been an outspoken advocate of developing a national emergency preparedness program for biological attack,” writes Major Davies.

Davies would go on to theorize that, “Even if our population faced a severe disaster, like the one described above, it is entirely predictable that many Americans would rebel against a President who took such drastic action, despite the President's good intentions.”

A rebellion, also known as an insurrection, is the lynchpin in which the entire thesis of the document itself is based and would therefor mean that in terms of real world application, continuity of government operations would no doubt already be well underway as the US government prepares to protect itself from the possibility of armed conflict.

The report goes on to detail the steps to be taken in the lead up to an official declaration of martial law, explaining that, “Within the federal government, the Federal Emergency Management Agency (FEMA) is the lead federal agency for domestic disaster relief. Under FEMA's Federal Response Plan, DOD has assigned responsibilities during disaster response operations. FEMA's primary responsibilities lie in the area of disaster or consequence management. As an agency, they are neither trained, nor manned, to handle scenarios involving insurrection. In such a severe crisis, if the President would be inclined to streamline the operational chains of command, resulting in removing FEMA from its primary role in consequence management, for DOD taking over the process under a proclamation of martial law.”

So where does the United States stand in relation to this information from Major Davies now?

According to an April 21, 2020 ABCNews.com article titled, ”FEMA’s coronavirus response by the numbers: 33M masks, 56M respirators, 10,000 ventilators,” authors Kaitlyn Folmer and Josh Margolin write that, “While our national response has dramatically improved since FEMA took charge, one has to wonder why the White House waited so long to place them in charge and whether that delay placed lives at risk,” said ABC News contributor John Cohen, a former acting undersecretary at the Department of Homeland Security where he worked with FEMA.” 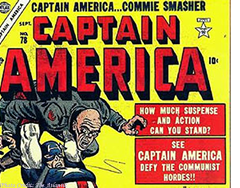 And while the US may already be well underway to an official proclamation of martial law, according to a March 21, 2012 Huffington Post article titled, “Martial Law by Executive Order” author Jim Garrison writes that, “President Obama’s National Defense Resources Preparedness Executive Order of March 16 does to the country as a whole what the 2012 National Defense Authorization Act did to the Constitution in particular — completely eviscerates any due process or judicial oversight for any action by the Government deemed in the interest of “national security.” Like the NDAA, the new Executive Order puts the government completely above the law, which, in a democracy, is never supposed to happen. The United States is essentially now under martial law without the exigencies of a national emergency."

Which would mean in layman terms for the average American that their constitutional rights and civil liberties are being trampled on in a variety of directions, whether its through the National Defense Authorization Act, presidential executive orders or martial law. Whether officially announced or otherwise, with President Trumps declaration of a national emergency the vast authoritarian power a president possesses during times of a national emergency mirror that of conventional definitions of martial law no matter what side of the political aisle one may find themselves on.

According to a January, 2019 TheAtlantic.com article titled, “The Alarming Scope of the Presidents Emergency Powers,” author Elizabeth Goitein writes, “Take a moment to consider that during a declared war or national emergency, the president can unilaterally suspend the law that bars government testing of biological and chemical agents on unwitting human subjects.”

Goitein goes on to detail a litany of powers that fall within the broad range of abilities a president has during times of national emergency to include shutting down electronic communications, an internet kill switch, suspending habeas corpus, shutting down American bank accounts and even deploying troops within the United States to suppress civil unrest.

“Martial law is neither more nor less than the will of the general who commands the army,” the second edition of Black’s Law Dictionary’s synopsis of martial law explains.  “It overrides and suppresses all existing civil laws, civil officers, and civil authorities, by the arbitrary exercise of military power; arid every citizen or subject—in other words, the entire population of the country, within the confines of its power—is subjected to the mere will or caprice of the commander. He holds the lives, liberty, and property of all in the palm of his hand. Martial law is regulated by no known or established system or code of laws, as it is over and above all of them. The commander is the legislator, judge, and executioner.”

Black’s Law Dictionary would go on to describe martial law as, “’Arising out of the exigencies thereof, arbitrary in its character, and depending only on the will of the commander of an army,” and that it, “Is built upon no settled principles, but is entirely arbitrary in its decisions, is in truth and reality no law, but something indulged rather than allowed as a law.”

While there are constitutional scholars and those who have irreversibly lost all functions of the brain who will always attempt to argue what is and what is not martial law, it seems clear that through any number of different avenues including the NDAA, executive orders and national emergency declarations that the legal frameworks for unconstitutional tyrannical overreach have been laid. The foundation put in place to grant authorities totalitarian powers long ago decided to be impermissible by our founding fathers without a formal declaration of martial law even needing to be necessary.

In an 1984 interview with G. Edward Griffin, former KGB subversion expert Yuri Bezmenov detailed the ideological subversion of America through the adoption of Marxist-Leninist principles ultimately cultiminating in civil war or invasion. The desired effect of which was designed to undermine traditional American values in route to ultimately setting the stage for the destabilization of America as a national crisis gave way to the normalization of scientific socialism across the land. With the widespread stay-at-home orders across the United States, essential liberty and freedom is under direct attack as any number of Marxist policies instituted at the beginning of the coronavirus pandemic culminate in setting the stage for the communist takeover of America which is already well underway.