Does coach Mike Winkeljohn owe Chael Sonnen an apology? While there is little question that Jon Jones is the greatest fighter of all-time in UFC history, much of his success due in large part to the tutelage and guidance of Greg Jackson and Mike Winkeljohn at the “Jackson Wink MMA Academy” in Albuquerque, New Mexico; there will always be an asterisk next to his record. Indeed, with a storied career fit for the record books with Jones' numerous positive returned test results for performance enhancing drug use Jones’ critics will seemingly always have an endless amount of ammunition to throw down range in their quest to discredit his accomplishments. But one story in particular concerning Jones’ drug use will go down in MMA as perhaps among the sports most retold stories in mixed martial arts history.

According to an October 13, 2020 YouTube video from Chael Sonnen titled, “How Do We Know That Jon Jones Is Telling The Truth?,” ESPN MMA analyst Chael Sonnen looked back on a now infamous story in the annals of mixed martial arts lure concerning perhaps the greatest fighter the sport has ever seen in the now former perennial light heavyweight champion Jon Jones. “I had brought you a story a number of years ago,” explained Sonnen. “I was doing the Joe Rogan Show and Joe and I were sitting there talking. And Jon Jones was a little bit jammed up because USADA came to the gym, Jon like saw them coming through the… something along these lines, has nowhere to go, doesn’t want to see them and hides under the ring,” recalled Sonnen. 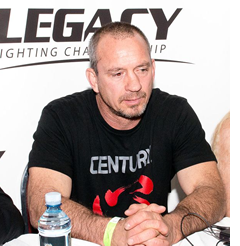 “And they stayed there and waited for him and that’s the way these things will work,” explained Sonnen. “They will just stay and stake out an area. So they’re just waiting for him to come to the gym; Jon’s underneath the ring."

“So, you know like anything, you can’t keep a secret. The word gets out and Jon’s own teammates spread the word around and it gets back to USADA to the point that USADA was considering getting a warrant, going under the ring forensically and collecting the urine. Because it was like 8-hours, 6-hours, 8, it was a full day. They had decided at some point he must have had to relieve himself and there would be urine under the ring. Now, that didn’t go anywhere and they did not do those things but that part of the story did make it a little bit more interesting and I told Joe this story,” explained Sonnen.

“And they denied it. Jon never really said much, he did deny it but very light. Coach Wink came out very strongly and denied it. Which I always thought was weird because I knew that it had happened. I knew that this had happened. And for Wink to deny it in the way that Wink denied it, it wouldn’t be as something though he wouldn’t know and it was just a very weird thing that coach would even involve himself in,” recalled Sonnen. “If the coach were asked about it and wanted to defend his athlete it would be one thing, he went out of his way to come out and defend a story that did happen. And even though you’re covering your guy, the rest of the…you got, they, it was just a really bizarre thing. Of the whole story, that is the part that I remember the most.”

Putting his hand up to his chin momentarily to strike the classic thinking man’s pose, Sonnen rhetorically asked, “I wonder why coach Wink is defending this so heavily? Let it go.”

“So, Izzy called Jon out on that. Called him out like a week ago and Jon coped to it,” explained Sonnen. “Jon said, ‘Let me correct you on one thing. It wasn’t USADA, it was the Nevada State Athletic Commission; I had just smoked a joint. Now everybody knows.’ And it was just one of those deals,” said Sonnen, “Where, how do you know he’s telling the truth? I mean, right, I just feel like from a human psychology standpoint we love to call people liars, but then we decide they’re telling the truth when the thing we decided originally they were lying about, they’re now telling it the way we wanted them to tell it originally. Wait, what?”

“How do you know that Jon isn’t lying and just trolling and have a little bit of fun with Adesanya now?” asked Sonnen. “How would we possibly know? It’s just one of those things. But people were very quick to think that Jon had finally made an admittance. Maybe he was having fun? I do believe he was telling the truth, because I know he hid from drug testers under the ring and stayed there all day while they waited in the lobby of the gym. But it was one of these very funny things the way Jon brought it up. And I like the way that Jon closed it. ‘Now everybody knows everything,’” said Sonnen in a stoic, yet sarcastic tone as he mocked Jones’ response to Adesanya.

“And it was one of those close the books moments, right?” said Sonnen. “I mean it was like Eminem in 8-mile when he’s in a rap battle and he goes first and burns himself first so now his opponent has nothing to roast; you totally disarm your enemy. This is where the expression the truth will set you free, that is why that expression was created and exists. There’s really not a lot to do now. We could have fun telling people Jon hid under the ring from testing commissions; not anymore. I mean Jon kinda just took all of the fun out of it."

Though if we were to consider the possibility that “smoking a joint” was actually a euphemism for supplementing with Dehydrochlormethyltestosterone, also known as the anabolic steroid Turinabol, the metabolites of which Jones has definitively tested positive for previously in the past, Jones's admission begins to take on what many would consider the true context of the story itself concerning why Jones was actually hiding under the ring from the NSAC officials.

But the question of why coach Winkeljohn would so adamantly deny and defend Jones from a story that he knew to be true remains, unless one is to consider the possibility coach Wink was afraid the marijuana use could be tied back to the gym itself. That, of course, would explain a lot and possibly even bring an end to Sonnen’s quest for answers concerning why the Jones camp would undercut him publicly for reporting on a story in which they themselves knew to be true.

“First reported by Deadspin and later expanded on by Chael Sonnen,” according to an October 9, 2020 CBSSports.com article titled, “Jon Jones admits to hiding under the cage to avoid drug test in 2015: ’I had just smoked a blunt,’” author Brent Brookhouse writes, “the story went that Jones was hidden under a cage in the gym by his coaches when they saw a USADA representative approaching the gym. The coaches then stated they didn't know where Jones was, allowing him to avoid the test. Coach Mike Winkeljohn denied the story, blaming Sonnen for hopping on the Deadspin report in an attempt to ‘make himself relevant.'"

Digging deeper into the story, going back to the future in an August 9, 2016 BloodyElbow.com report titled, “Jon Jones' coach pissed at Chael Sonnen over 'false' allegations of hide-and-go-pee,” coach Mike Winkeljohn was quoted as having stated that, “It's just Chael Sonnen trying to make himself relevant," said Winkeljohn. “Whatever. No, Jon did not hide from that stuff, nor would we want him to do so. It's completely false,” explained Winkeljohn during the 2016 interview with the Submission Radio podcast crew.

With what many now presume to be the truth finally surfacing and coming to light, the book appears nearly closed on perhaps the most notorious story in mixed martial arts history to date of an athlete evading authorities over fears of popping positive for illicit drug use. While there is little question that Jon Jones is perhaps the greatest fighter to ever compete in mixed martial arts, much of his success due in large part to the efforts of Greg Jackson and Mike Winkeljohn at the Jackson Wink MMA Academy in Albuquerque, New Mexico perhaps the last remaining chapter in this story is whether or not coach Wink has anything that he would like to own up to in the process of offering the Bad Guy a public apology?