UFC Fight Island in Abu Dhabi, United Arab Emirates appears to be the epicenter for some very unusual paranormal activity as the weird, strange and out of the ordinary have increasingly become common place in mixed martial arts. And when you’re in charge of paying the judge, jury and executioner there is little question left of who is ultimately in charge and responsible for the numerous instances of impropriety in mixed martial arts today. In the opinion of many respected names in the combat sports community, something wasn’t quite right with the Khabib Nurmagomedov weigh in at UFC 254, leading many to speculate Nurmagomedov did not in fact make his championship contracted weight of 155-pounds. When coupled with the ill advised, poorly executed game plan from Gaethje and a missed call by the referee following an exhausted Gaethje walking into a triangle choke that led to the very fan friendly image of an unconscious Gaethje left lifeless on the canvas and we’ve got ourselves yet another X-File to stow away in the MMA cabinet of bizarre instances in the sport.

“We’ve seen some very interesting things since the return of MMA, both in the UFC and Bellator,” notes ESPN MMA analyst Chael Sonnen in his August 1, 2020 YouTube video titled, “Give These Guys The Credit They Deserve….” According to the report, “And by interesting, that is the word I’m choosing to use because I don’t want to pass judgement,” explained Sonnen. “I just, on referees and officials, it’s so fun to sit back and critique them. I mean this is a very real part of the sport. Of any sport. And when people are judging people it’s never fair,” explained Sonnen.

“You guys ever see a rodeo competition?” asked Sonnen. “You ever watched gymnastics? When people are judging people, it’s not going to be fair. So, us as the fans, love to come in and critique those that are in there doing their very level best to go out there and do it. But we have seen some things that are very bizarre, from 249 on,” explained Sonnen.

Interestingly, according to an October 23, 2020 YouTube video from Sonnen titled, “Khabib Nurmagomedov Controversial UFC 254 Weigh In,” the former UFC middleweight title challenger touched on the latest round of weird, strange and out of the ordinary events to occur in mixed martial arts. “So, you guys have probably seen this,” explained Sonnen. “Mike Dolce had made a video and it kind of went viral, kind of went all over the place. So, Dolce just slowed down the film,” explained Sonnen as he prepared to segway into the main topic and point of contention.

“So, I’m giving you a break down of what happened with Khabib and the scale through the video that Dolce made, but the way the scale works and I imagine you’ve never thought this, right? The scale is pass or fail,” explained Sonnen. “And every now and then you get this strange, or new commission member, where a guy makes weight and the commission members sits there and moves the scale so he can tell you exactly what a guy weighed,” Sonnen explained. “It’s pass or fail. If the weight is 155, you put it on 155. You hold it up and if it breaks, he made weight.”

“This commission member did the opposite,” explained Sonnen. “The scale started on the bottom, he slid the number and the scale began to go up. Signifying you did not make weight. A scale going this direction (Sonnen points up) is bad news. A scale going this direction (Sonnen points down) means that you’ve done what you were contracted to do. So, the scale was moving and it was moving up, which would be a fail. Commission member yells, ‘He’s good.’ Now, I’m not here to begrudge the point or the commission official,” explained Sonnen. “I’m here to discuss the only thing that we have to discuss today which is that is not traditionally how you would make weight,” explained Sonnen. 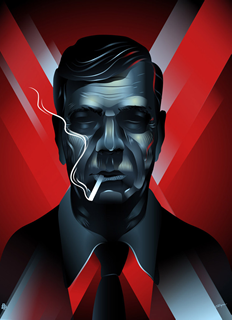 “For your information,” writes Nurmagomedov teammate and fellow UFC fighter Deron Winn in an October 23, 2020 Twitter social media post in response to the online back lash the UFC and Nurmagomedov received following the controversial weigh in results. “The UFC makes you step on the scale in a back room before you go for the official weigh in," explained Winn. "You don’t get to step on the official scale unless you’re on weight, and especially if you are the first one on the scale," said Winn.

“Both weights are official. But if you’ve missed weight on the check scale, that’s when you make the decision about whether to continue onto the final scale or to keep cutting. That’s why when fighters weigh in over on the official scale, they don’t look surprised that they missed,” explained Clark. “Because they already know. Khabib would have looked relieved because there’s always still a chance that the scales aren’t identical to the 0.000 degree.”

Unfortunately, the controversies surrounding the UFC 254 main event don’t just stop with the scale either. According to an October 24, 2020 Chael Sonnen YouTube follow up report titled, “Khabib vs Gaethje: Something to Think About…,” the original Team Quest member went on to explain that, “Justin told us before the fight, I need to land kicks. I need to keep my back off the fence. He did both of those things; I’m just sharing with you in the process he ends up circling in a lateral motion which is not what he is use to doing,” explained Sonnen.

“He’s got a whole lifetime of experience behind him and never once has he run in a circle," noted Sonnen. "Now I bring that to you because what were his other options? In all fairness, what are his other options? Look, if two cars go out and crash and one is a Mack truck and the other is a Volkswagen, one is going to get pushed backwards,” explained Sonnen in educating his viewership audience on the basic physics behind a heavier fighter clashing with smaller opponent.

Beyond Nurmagomedov’s problems on the scale and Gaethje’s plan to bring his track shoes in running circles around the undefeated Dagestani champion, according to an October 24, 2020 The Sun article titled, “‘That Cant Happen’ UFC 254 viewers fume as referee MISSES Justin Gaethje tapping to Khabib Nurmagomedov leaving him out cold in huge gaffe,” the weird, strange and out of the ordinary events in mixed martial arts continued at UFC 254 as author Joe Miles writes that, “Khabib - who retired after the win - submitted his opponent with an incredible triangle choke. Gaethje appeared to tap out several times before the referee - who was within touching distance of the fighters - even realized. Referee Jason Herzog eventually stepped in to stop the fight as Gaethje was unconscious on the canvas.”

Interestingly, according to a July 16, 2020 Weighing In YouTube video titled, “Is MMA Media tarnishing its relationship with fighters?” legendary referee “Big John” McCarthy weighed in on a number of topics related to mixed martials, including who regulates the events on UFC FIght Island in Abu Dhabi. According to McCarthy, “The UFC pays for the judge to be transported. They pay for testing for COVID. They pay for a room. They pay the person for their services,” explained McCarthy.” If they are unhappy in this situation at Fight Island, they don’t have an athletic commission. They are the ones running this. They are their own regulator here,” explained McCarthy.

“Now he did that once before and bit him in the butt,” explaioned McCarthy. “So, I said you know, ‘They employ them. You don’t have a good performance for your employer, your employer can always get rid of you. Let’s see what they do.’ And that was basically the words that I used. The next thing you get reporters that write articles for websites off of a Tweet and the headline says, “John McCarthy pushes for UFC to remove judge.” You know, and it’s like, you know, where did you come up with that?” asked McCarthy.

The apparent game plan of Justin Gaethje Saturday night back fired as he brought his track shoes in an effort to run circles around Khabib Nurmagomedov in an obvious attempt to land enough leg kicks against the undefeated UFC lightweight champion to turn the tide of the contest. Instead, the relentless pressure of Nurmagomedov led to an exhausted Gaethje literally walking into a triangle choke submission from the champion, sending Gaethje to the shadow realm under very fan friendly conditions. The question of Nurmagomedov’s actual weight for the contest destined the halls of debate for eternity as the Dagestani champion moves on to 29-0 and reportedly retiring from the sport, although a superfight with former UFC two-division champion Georges St. Pierre still looms as a possibility for the foreseeable future on down the line.

With many respected names in mixed martial arts calling into question the legitimacy of the Khabib Nurmagomedov UFC 254 pre-fight weigh in, the fact Justin Gaethje strayed so far away from what got him to the party to begin with is just another instance of the weird, strange and out of the ordinary occurring in mixed martial arts. When coupled with the fact the referee missed the Gaethje tap, resulting in the challenger receiving a one-way ticket to the shadow realm under very fan friendly conditions and we’ve got ourselves another X-File to stow away in the MMA cabinet of bizarre instances in the sport. And with the promotion themselves being their own judge, jury and executioner with no athletic comission to speak of, and there is little question left of who is ultimatelyin charge and responsible for the numerous instances of impropriety in MMA. UFC Fight Island in Abu Dhabi, United Arab Emirates appearing to be the epicenter of some very unusual paranormal activity in mixed martial arts.