“Give me liberty or give me death,” are words which reverberate throughout American history and are no less true today than when they were originally uttered 250-years ago. The Constitution is the founding document of the United States in which all of its laws are based upon today with the concept of individual freedom and liberty resounding throughout the documents original Bill of Rights. Gradually, as time has passed entire encyclopedias of usurpation have been written to water down, nullify and in some cases shelve completely the rights originally laid out by America's founders which were written in blood, tears and immense sacrifice that few take the time to appreciate today. The results of this usurpation leading full circle right back to the original tyranny and governmental overreach that led to America's initial founding to begin with.

“What the hell is this big stink going on over at Spotify as it pertains to Joe Rogan?” asked ESPN MMA analyst Chael Sonnen in his September 25, 2020 YouTube video titled, “You Wanna Fight Joe Rogan? Count Me In….” What appears to be going on according to a September 25, 2020 BarstoolSports.com article titled, “Spotify Employees Are Now Allegedly Planning A Full Blown Strike If The Company Refuses To Censor Joe Rogan's Content,” is that, “Spotify employees were demanding direct editorial oversight over the recently-acquired Joe Rogan Experience podcast.” According to the report, “That would include the ability to directly edit or remove sections of upcoming interviews, or block the uploading of episodes deemed problematic. The employees also demanded the ability to add trigger warnings, corrections, and references to fact-checked articles on topics discussed by Rogan in the course of his multi-hour discussions."

“Joe Rogan is a comedian, first and foremost,” explained Sonnen. “There is only a few walks left in this society where you can do and say anything you want and not ever get in trouble for it. And one of them is a comedian,” said Sonnen in attesting to the unfortunate reality in the United States today where stifling political correctness forces the truth to take a backseat to lies as reality is usurped in modern day America in favor of Marxist idealism. And unless Americans wake up and take back the rights endowed to them by their Creator, they are in danger of authoritarian fascism turning their future into a socialist nightmare the likes of which have only been rivaled by the most notorious regimes throughout modern history.

Fascism is marked by the forcible suppression of one’s political opposition, with the National Socialist (Nazi) Party of Germany serving as perhaps the best example of how radicalized socialism can turn into a monster of epic proportions capable of immense carnage and suffering. But as is the case then and now, adherents to totalitarian, fascist idealism ultimately begin to eat their own as a dangerous game of virtue signaling and one-upmanship leads to an increasingly insane perception of reality bordering on diagnosable psychosis. Rogan, who openly voiced his support for the Democratic Socialist presidential candidate Bernie Sanders, is now under attack by the same forces on the left who share an ideological kinship with notorious fascists such as the National Socialist regime of Hitlers Germany.

For those familiar with Adolf Hitler’s book ‘Mein Kampf,’ they will quickly realize that it is littered with Marxist terminology throughout attesting to the influence Karl Marx’s ‘Communist Manifesto’ and other writings played in Hitlers own philosophical outlook on life.

The underpinnings of Marxism consists of the idea of class struggle; division. According to Marx and the manifestos co-author Friederich Engles, the ranks of high society described as the bourgeoisie enjoy an exploitive relationship with the proletariat working class. For the thinking man, the idea of class struggle in America today mirrors in many ways the appeals to the middle class from politicians on both sides of the aisle as the oppressor-oppressed world view that both academics and various influential hubs of pop-culture push everyday on the American people comes full circle back to the Marx and Engels foundational principles of Marxism contained within the manifesto itself. The constant re-enforcement of these ideals and precepts leading to an environment conducive to division instead of one centered around cohesiveness and principles which are antithetical to the divisive nature of Marxian thought translated into cultural and social reality in America today. 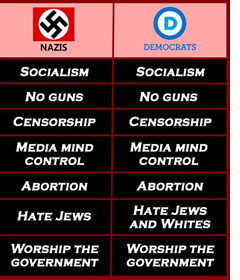 “There is an expression. A smart man knows what to say, a wise man knows whether or not to say it,” Sonnen would later go on to remind the “employees” at Spotify. “If you think you’re going to go pick on Joe Rogan, I am going to give you fair advance. Joe Rogan has a lot of friends, be careful what you ask for. Because I promise you, in this space, you will get it.”

Now I’ve never been a gambling man, but it doesn’t take long to evaluate who Joe Rogan’s friends are and their connections to those who can make Spotify think twice about their decisions before one realizes its not a good idea to call Sonnen’s bluff. This is one of those occasions where you might want to laugh nervously with an abrupt change of heart and direction where you allow Joe Rogan to go about his business while continuing to produce the same, original content which presumably led Spotify to show interest in him to begin with. Otherwise, the perception might begin to quickly gain ground that Spotify’s true intentions were to use Rogan’s platform as an ideological subversion tool to influence the most critical demographics in America today with left wing, authoritarian based fascist propaganda that would have made the Nazi propaganda minister Joseph Goebbels blush.

These anti-American precepts of political correctness justifying partisan based censorship that fly in the face of 250-years of the established fundamental right to free speech in the United States today need to be thrown right in the trash can where they belong. The promotion of lies in denial of reality leading to an imaginary world as taught to Americans through the lens of a Marxist world view where the founding principles of class struggle in the 'Communist Manifesto' have led to an oppressor-oppressed environment where virtually all Americans exist as the common man exists in an exploitive world struggling for survival. The artificially induced guilt placed on the shoulders of the perceived bourgeoisie class leading to an insane environment of virtue signaling and excused fascism where the road to hell is paved with good intentions.

The United States is perhaps the last bastion of freedom in the world today; there is no other place to run or avenue of escape. Countless immigrants arrive to our shores every year because of the greatness associated with the freedoms and liberties this country has to offer. When authoritarian fascism begins to creep across the land, forcibly suppressing political opposition like Joe Rogan in the face of the Constitution and its first amendment right to free speech for all Americans; the very document and ideas this country was founded on cease to be the reason others come here in hopes of a better future. Instead, it begins to resemble the exact kind of oppressive environments destroyed by Marxist principles most hope to escape from in their quest to follow Patrick Henrys reverberating words throughout history in “give me liberty or give me death.”