COVID-19 and the Communist Takeover of America from Within

COVID-19 and the Communist Takeover of America from Within

The American people are primed for civil war or invasion in what is increasingly shaping up to be a real-life Red Dawn scenario which has seen the rise of scientific socialism from within. With the near total global lockdown over fears of the communist Chinese coronavirus pandemic, the United States has instituted authoritarian measures to combat the COVID-19 hysteria while itself being in the midst of an internationally backed coup d’état with the intent to circumvent and reverse the results of the 2016 presidential election and the will of the American people.

According to an October 28, 2010 TheOakInitiative YouTube video titled, “Marxism in America” retired Lieutenant General Jerry Boykin warned of a Marxist insurgency in the United States while going on to list a number of elements inherent to a Marxist insurgency revelant to American society today to include the nationalization of major sectors of the economy, wealth redistribution, discrediting the opposition, censorship, gun control and the establishment of a constabulary force. Since that time, the United States has experienced great strife, conflict and societal hardship paralleling the Lt. General's warnings nearly a decade ago now. 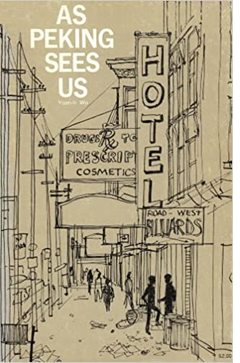 “An unmistakable parallelism exists between Peking’s interpretation of the nature and course of development of internal unrest in this country and the doctrines, goals, and methods of approach advocated by certain Negro militant extremists, aided and abetted by white anarchists and such pro-Chinese communist groups as Progressive Labor Party. This parallelism constitutes sufficient evidence for observers in Peking to draw the conclusion 1) that Mao Tse-tung’s 1963 “thesis”” forecasting the eventual overthrow of the American system of government through internal revolution is correct and 2) that Peking is able to exert some, perhaps even considerable, influence on the development of an armed rebellion in the United States.”

Citing a desire to eliminate the US presence in Asia, the authors discuss China’s support for an armed rebellion in the United States to overthrow the United States government by offering “moral and propaganda support” to include “material and technical assistance as opportunity permits.” Which in real world terms would equate to influencing the American mainstream media in order to social engineer popular opinion and providing funding, arms and expert assistance to agitator propagandists and community organizers on the ground.

Interestingly, an August 14, 2014 TheGatewayPundit.com article by author Jim Hoft titled, “Chicago Communists, New Black Panthers Infiltrate #Ferguson Riots,” gives us a glimpse of what a communist lead insurgency might look like. According to the report, “Here’s the inside scoop on the latest violence in St. Louis. There’s a lot of buzz on the ground about a communist group that was bussed into Ferguson from Chicago. They provoked the police with Molotov cocktails the night of August 13th while the local protesters peacefully protested. That’s when police responded with gas and flash grenades. Their reported goal is to make the protests go super-violent, spread across the region, and spark a revolution.”

The Ferguson, Missouri riots were just one of dozens of such riots and protests across the nation in recent years, to include the 2017 presidential inauguration in Washington, DC where hundreds of thousands of protestors gathered in the nation’s capital under the banner of various communist platforms in order to protest the results of the 2016 election when the conservative Republican party defeated the socialist Democrats, bringing to an end the eight year Marxist reign of the Obama administration.

The story of the Ferguson riots is particularly interesting due to the fact a Marxist group known as “RevCom” or “Revolutionary Communists” were active during the protests, who, according to TheGateWayPundit.com, have connections to the terrorist organization “Weather Underground.” A September 23, 2008 Wall Street Journal article by author Stanley Kurtz titled, “Obama and Ayers Pushed Radicalism On Schools,” chronicled former President Obama’s connections to former “Weather Underground” terrorist Bill Ayers and their radical ideological subversion of American youth through the public education system.

Through a series of interviews, lectures and writings former KGB agent Yuri Bezmenov detailed the ideological subversion of the United States through the socialist indoctrination of multiple generations of American youth. According to Bezmenov, the process of ideological subversion was comprised into four basic stages to include demoralization, destabilization, crisis and normalization. The results of which ultimately culminating in civil war or invasion as the adoption of Marxist-Leninist principles seals the fate of the American people for good.

Beyond radicalizing American youth in the public education system, leading violent riots and protests with the aim to overthrow the the United States government and stir up a deadly revolution in the streets across America, according to some reports the communists are actively seeking to influence the elections in states across the nation.

“A lot of the pundits have been saying, you know, Virginia is trending blue because of the bleed out of bureaucrats from Washington DC to Northern Virginia, changing demographics, and that’s all a little bit true,” explained Loudon.

“But the real reason Virginia flipped is because of a pro-Chinese communist organization working in Northern Virginia and Richmond, signing up hundreds of thousands of minority voters. It’s taken them 10-years to do it, but this group, the New Virginia Majority, a front for the pro-Chinese group, Liberation Road, openly boasts that they flipped Virginia and all the evidence is that they are right. It was a long-term program by pro-Chinese communists that turned Virginia blue,” the longtime anti-communist speaker explained to reporter Christian Gomez.

Upon further investigation in his November 14, 2019 TheEpochTimes.com article titled, “Virginia Goes Blue: Pro-Chinese Communists Claim Credit,” Loudon went on to write that New Virginia Majority, “Is a front for Liberation Road, known until April this year as Freedom Road Socialist Organization (FRSO), the United States’ most influential Maoist organization.” According to Loudon, “Liberation Road has a large presence in Georgia, Tennessee, North Carolina (Durham for All), and Florida (the New Florida Majority). Now that Virginia is safely in the Democrat column, look to see an upsurge of Maoist electoral activity in North Carolina and Florida to turn those states blue in 2020; Tennessee and Georgia will be next. Then, Texas.”

With the Chinese coronavirus have sparked a global pandemic resulting in tyrannical, authoritarian measures being instituted in the United States it is clear that COVID-19 isn’t the only thing the communist Chinese have brought to American shores. As the international backed coup d’état is increasingly being exposed as an attempt to reverse the results of the 2016 US presidential election and circumvent the will of the American people a real-life Red Dawn scenario is increasingly unfolding as the complete communist takeover of the United States from within means the American people are now primed for civil war or invasion.