Lions do not concern themselves with the opinions of sheep. An ancient Chinese proverb tells us that there are three things that cannot be hidden for long; the sun, the moon and the truth. And in the world of professional boxing, few are as vocal in speaking truth to power when it comes to corruption in boxing than the legendary Teddy Atlas who has a penchant for giving it to you straight despite the 800-pound gorilla in the room known as corporate censorship. With Atlas increasingly turning his attention to the red headed step child of the combat sports entertainment industry, many in professional boxing are beginning to feel deposed from the throne as icons like Atlas move to mixed martial arts where the weather is fair and clear– most of the time anyway.

“Footage broke of Teddy at the UFC gym in Las Vegas working with Francis Ngannou; they were working on his upper cut,” explains ESPN MMA analyst Chael Sonnen in his October 6, 2020 YouTube video titled, “Boxing Problems, Teddy Atlas to MMA….” According to Sonnen, a former UFC middleweight and light heavyweight title contender, “So then, Teddy’s been covering a little bit of MMA and a lot of the boxing people pushed back and they looked at it as if Teddy was doing something wrong. That he was betraying, this is the word Teddy used when Teddy was defending himself, that he’s betraying boxing the sport he’s loved his entire life,” explained Sonnen. 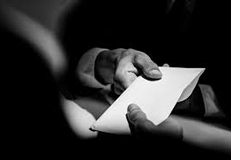 “And Teddy goes, ‘Eh, you’re not wrong. I’m not betraying it, but you’re not wrong that I am shifting a lot of my focus to MMA.’ And Teddy said it like this, he goes, ‘I’m a weather man, I’m here to report the news. And I got to tell you in boxing it’s been raining lately and it’s not fun for me to report the rain.’ So, this is the analogy given, but I do understand what he’s talking about,” Sonnen explained.

Though left up to the imagination, what Atlas was likely referring to are a variety of topics which ultimately fall under the banner of discrediting the sport of boxing itself. Whether it’s the corruption saturating combat sports today or the circus like atmosphere increasingly becoming common place in a sport whose constituency has long since rejected change in adopting an elitist, almost snobbish sense of importance and self. These taboo, off-limits topics in combat sports are unwelcomed banter on network cable news programs where their natural position in the pecking order of things puts them in the convenient and advantageous position of being successfully lobbied by the various special interests groups who seal the deals and gets things done in combat sports.

“It also surprised me that Teddy had to defend himself in some ways,” admitted Sonnen. “Teddy is the foremost authority, the most respected voice in America in boxing period.  Teddy is the only man to stand up to USA Boxing in conjunction with the IOC at the Olympic games for the corruption that they do to this sport. He is the only one. Now three referees in boxing were removed by security at the Rio games as recently as 2016 because of corruption. One of which was caught on a camera by the NBC cameras that happened to be running as one of the coaches, I believe it was the Cuban coach, paid the referee a sum of $10,000 in an envelope.”

“Which got caught and they went and grabbed and seized (the money). Boxing is dirty and filthy and corrupt; Teddy is one of the only guys to call it out,” continued Sonnen. “I say that to you as a guy who loves boxing, boxing will go down as my second favorite sport. I will just share with you (that) we are more than happy as an MMA community to have Teddy. We were thrilled to have Freddy Roach. We were thrilled when Roger Mayweather started to work with some guys. That’s a really cool thing for us because we recognize the positives to boxing,” explained Sonnen, a future UFC Hall of Famer who was trained in the sweet science by former All-Army boxing champion Clayton Hires.

Though Atlas is indeed a renowned weatherman in professional boxing, his passion for the sport resulting in numerous on camera incidents of calling foul on the obvious corruption inherent to the sport today; anyone with his kind of experience is going to quickly realize that it isn’t always sunny in Abu Dhabi either. In fact, the more Atlas begins to spend time around MMA the more likely he is going to be to witness to real manmade climate change as the weird, strange and out of the ordinary in mixed martial arts are increasingly becoming common place in the sport today.

Along with the legendary boxing trainer Cus D’Amoto, Atlas is perhaps best known for his work with the ‘Baddest Man on the Planet’ Mike Tyson. More than enough to hang your hat on with that accomplishment alone, Atlas is a beloved boxing personality in the sport today who possesses great insight into the game with a true passion for the sport which shows in his at times unabashed disgust for the corruption proliferating prize fighting since ad infinitum. With whistle blowers being in short supply, its jewels like Teddy Atlas that manage to walk through the rain while reminding fans to bring their own umbrellas who offer a glimmer of hope in a sea of despair for the fans at home searching for someone with enough courage to offer an accurate assessment and forecast of the inclimate weather.

There are three things in this world which cannot be concealed for long; the sun, the moon and the truth. With mixed martial arts increasingly taking the lead in the combat sports entertainment industry today, the movers and shakers in professional boxing are feeling deposed as icons like Teddy Atlas shift their focus to MMA where the fights are as real as they get – most of the time at least anyway. Though the more things change, the more they remain the same as the crossover variables in combat sports remain a constant despite the obvious differences in sport. With Atlas taking some heat from boxings elite for shifting his focus to mixed martial arts, there is at least some comfort in knowing lions do not concern themselves with the opinions of sheep.