Fixed Fights in the Modern Era of Prize Fighting

Fixed Fights in the Modern Era of Professional Prize Fighting

There are few, if any, topics more taboo across virtually all combat sports media platforms than that of fixed fights in the modern era of sporting competition. Once you come to the realization that not only can fights be fixed, but your most trusted sources for combat sports news and information refuse to the touch the subject with a 10-foot pole; then an entirely new perspective comes to light in exactly who is who in the world of combat sports news and entertainment. Not only are fixed fights in the modern era seemingly off limits at the major mainstream combat sporting news outlets, but the mere suggestion of such to some of the sports most revered media personalities is often times met with criticism, ridicule and disdain. Some of whom may even go as far as to question the substance of your knowledge of the sport as a whole in the process.

While it’s easy to find this behavior distasteful, classless and even insulting; it pays to understand that these same reporters are often times in what could be described as positions of a lifetime, where looking a gift horse in the mouth is about as wise as playing Russian roulette with a loaded gun. So, in other words, when all of the perks of the job are on the line, including the free access to fights, fighters, air travel to exotic locations, dinners, hotels etc., one tends not to rock the boat in a combat sports entertainment industry that is dollar and cents driven; where anything that is perceived to be a threat to the bottom line is trimmed as excess from the bone. 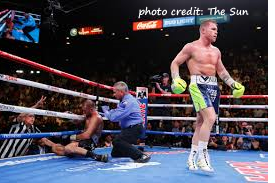 Despite what popular culture may suggest, these mainstream combat sports media outlets are not running from the perspective of a true fan nor do they serve as a harbinger of justice and truth in a sea of corruption. As is often said both here in the United States and abroad, "money talks and bullshit walks" and I can think of fewer places on planet Earth where that statement rings truer than that of the combat sports entertainment industry. Not only does the mainstream combat sports media treat the topic of fight fixing like the plague, but according to a November 10, 2019 Luke Thomas YouTube video titled, “UFC, USADA and Fighters: The One Question That Counts,” as is often the case, these combat sport media outlets are all too often willing to ignore the 800-pound gorilla in the room.

“There’s this wide spread gullibility in MMA among media,” surmised Thomas in describing the combat sports medias complacency in their lax reporting on a host of topics in the sport that really count. “Or a lack of curiosity maybe," said Thomas. "I don’t know exactly the way to put it, or it’s just like some of these questions, I’m the only one or one of the only ones this ever seems to occur too,” explained Thomas. According to Luke, in criticising the lack of critical thinking in the combat sports media,“When it comes to being, when it comes to scrutinizing institutional powers, they don’t do it, they just accept what they’ve been told.”

Later, Thomas went on to note, “Dude, aside from me asking about the anti-doping protocol, among people who have a bit of a higher profile among MMA media, who else does it?” Which is not only a fair question to ask, but one which illustrates perfectly the many issues within the mainstream combat sports media community, including professional boxing, where certain subjects and overall lines of questioning are simply holes too deep to dig for the vast majority of these media outlets.

According to a November 3, 2019 Fight Hub TV YouTube video, it was suggested by former WBC and WBA champion Badou Jack that the Canelo vs. Kovalev fight, “Was almost like it was fixed.” This, after some speculation on video as to whether Kovalev had been putting everything that he could have behind some of his punches in a fight that reminded the Fight Hub TV reporter of a glorified “sparring match.”

For his part, Jack was hardly alone in his summation that something wasn’t quite right in the Canelo vs. Kovalev fight. According to a November 5, 2019 The Sun article titled, “MARQ MY WORDS - Canelo vs Kovalev fix claims as former world champion boxers accuse Russian of taking a dive,” author Richard Forrester writes, “A NUMBER of former world champion boxers have questioned whether Canelo Alvarez's KO win over Sergey Kovalev was a fix,” including former champion Raul Marquez. Also mentioned in the report, Cornelius Bundrage, himself a former champion, who reportedly commented that the fight looked “strange” from his point of view and perspective as well.

Depending on how far down the rabbit hole you want to go, there were controversies wrapped up in controversies that Saturday night as the Canelo vs. Kovalev main event was reportedly delayed by an hour as the UFC 244 main event fight between Nate Diaz and Jorge Masvidal was played on the widescreen at the MGM Grand in Las Vegas for the anxious Canelo/Kovalev crowd. It was a highly unusual move that left the professional boxing community offset and bewildered, and justifiably so too, though according to some sources in the mixed martial arts community it may only be a sign of things to come.

As originally reported in a November 7, 2019 Chael Sonnen YouTube video titled, “Could Jorge Masvidal vs Canelo Alvarez actually happen?” there is talk of Masvidal, who defeated Diaz by controversial third round TKO doctors stoppage, facing the boxing superstar Canelo in what would no doubt be another mega cross promotional sporting event along the lines of 2017’s Mayweather vs. McGregor showdown.

“They’re not showing my main event at their cards because somebody won and somebody lost. It’s a much bigger picture than that,” said UFC president Dana White in a November 3, 2019 BloodyElbow.com article titled, “Dana White: MGM Grand requested live broadcast of Masvidal-Diaz during Canelo-Kovalev card."

In reflection, considering the controversy in the lead up to the Masvidal vs. Diaz bout for the BMF title, its rather remarkable we have even arrived at a point in time where speculation of another MMA vs. boxing cross promotional event could even be on the table of speculation. With Diaz infamously testing positive for a banned performance enhancing drug (PED) the future of the bout itself looked to be very much in question as Diaz threatened to withdraw from the Madison Square Garden main event altogether before later being exonerated of any wrong doing. The event left Diaz crying conspiracy and the UFC publicly coming out and calling into question the legal foundational underpinnings of their own anti-doping policy in the aftermath of the mounting anti-doping hysteria from within the MMA community.

In conclusion, there are topics and truths that some of the most well respected and trusted sources of news and information within the combat sports media community simply will not write about, cover, question or even remotely entertain no matter how blatant and obvious the reality may appear to be. And to those interested in the truth and transparency through media that is free and clear of monetary incentives, bias’s and other potentially corruptible outside stimuli the fact the issue of fighting fixing is so blatantly missing from the combat sports entertainment industries agenda and directive is an indication of exactly how taboo this subject actually is and in some cases how deep the rabbit hole may in fact go.