Worked Fights in the Entertainment Era of Mixed Martial Arts

Broken noses, missing teeth and rearranged faces is literally written into the combat sports job description. Mixed martial arts can be a tough sport to make a living in and many of the hardest lessons learned in the sport do not come from inside the cage, but instead from in the gym and in the game of life. It's these valuable lessons, taught away from the prying eyes of the media and fans, where perhaps the most valuable tools a man can possess are honed and forged in the heat of battle; the will to fight, adapt, overcome and succeed against all odds. Though with the modern playing field of both mixed martial arts and boxing increasingly moving towards a professional wrestling like business model as we progress through the entertainment era of combat sports, the phenomena of fighters being both born and created in the 21st century means it takes a lot more than just simple brawn to succeed in mixed martial arts today.

“Adesanya made a very interesting statement,” noted ESPN MMA analyst Chael Sonnen in his December 9, 2020 YouTube video titled, “Israel Adesanya is Wrong….” According to Sonnen, an original Team Quest member and long time UFC veteran, “Adesanya said, ‘I wish opponents would start trying to take me down again. I want to choke one of them out.’ He was talking about the fact that he has some new tools and some more tools and he wants to show off some of his ground game,” explained Sonnen of Adesanya's progressively improving Brazilian Jiu-jitsu prowess. “Hold the thought, back up to exactly what Izzy said. ‘I hope that opponents start trying to take me down again.’ That supposes that somewhere along the way they’ve stopped. Now that would be very peculiar if Adesanya believes that to be true, because he could not be more wrong," argued Sonnen. 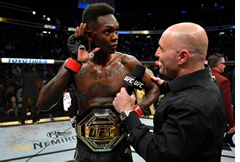 This is of course a fair observation to make if you’re taking these fights at face value. But the listening audience should not mistake the two meanings of take down. One means to dethrone the UFC middleweight champion and the other is literally referring to a wrestling takedown, a common maneuver and strategy in mixed martial arts. This is a particularly problematic situation to sit on and consider because Adesanya has been involved in a number of weird, strange and out of the ordinary fights in the UFC. If his opponents aren't trying to take him down, the question then becomes why?

In particular, his fight with UFC juggernaut Yoel Romero was wrought with peculiarities in a fight that saw the highly respected former Olympic wrestler fail to secure all but one takedown throughout his 5-round unanimous decision loss to Adesanya earlier this year at UFC 248. Considered the best wrestler in mixed martial arts by former UFC light heavyweight and heavyweight champion Daniel Cormier, the fact Romero turned out such a bizarre performance against Adesanya while failing to capitalize on his superior wrestling pedigree is an anomaly fit for the Twilight Zone to say the least. Highly suspicious at best, at worst Romero took a dive against Adesanya in choosing to stand with the UFC middleweight champion in what could be considered the combat sports version of sandbagging.

“The only one who knows less about this business than the fighters doing it are the managers," explained Chael Sonnen in his December 17, 2020 YouTube video titled “Yoel Romero’s Failed Management…” According to Sonnen, himself a former two division UFC championship contender, "Like, if you were to put your heads together and have a rock pile, you’d take some fighters and their managers and you’d have a really hard time figuring out who the smartest one is. But you’d have a really easy time figuring out which one of them is the dumbest."

“How do you get a world championship fight? Let’s start with that. Let start with that,” Sonnen continued. “You want to mystify the managers and the experts in the room? Go ask them how you go get a title fight. And if they talk to you for 15-minutes, you have wasted 14. You do not get a title fight in a sport that does not have a competitive architecture except for one way. Do you know what that way is? I’m pausing to hear the answers,” quipped Sonnen in rhetorically waiting for a response. 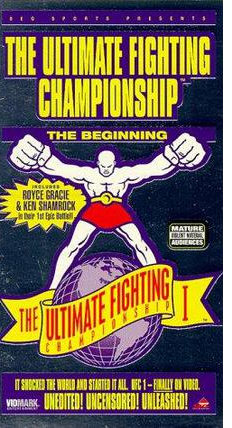 And with this information in mind, one easily discovers the secrets to becoming not only the number one contender but also the hidden architecture behind becoming one of the sports biggest stars.

Without the mandate of the masses, or the approval of the MMA Gods, no matter how great of a fighter you may be without the jenesequa X-factor the promoters are looking for, you're only going to get so far before you reach the end of the road. The history of the sport is replete with a revolving door of fighters and athletes who served as little more than a flash in the pan before they served their purpose and were ultimately shelved in favor of the next babyface to step through the Octagon gate. The fighters who fail to capture the fans imaginations in recognizing the performance aspect of the combat sports entertainment industry today set to meet a similar fate as all of the other tomato cans who came before them; place holders, bookmarks and bums in the grand scheme of time relegated to the fading memories of mixed martial arts fans across the globe as the search continues on for the next chapter in the combat sports walk of fame.

While some athletes may ultimately prove good enough to buck the trend of the entertainment era in staying true to form, failing to understand the cut throat nature of the combat sports entertainment industry today is a recipe for disaster as nearly everyone can be replaced and some athletes may be surprised to learn just how easily they can find themselves riding the bench and on the outside looking in as they watch the next hitman brought in to take their place fast tracked to success. With this being one of the toughest lessons a fighter can learn outside of the ring or cage; it's the will to fight, adapt, overcome and succeed against all odds that separates the good from the dead. With fighters being both born and created in the increasingly professional wrestling like landscape of boxing and mixed martial arts today, it takes more than just brawn to succeed in the modern era of the combat sports entertainment industry where broken noses, missing teeth and rearranged faces is literally written into the job description.