Is Cris “Cyborg” The Greatest Female Fighter of All-Time?

Today, Amanda Nunes is the new sheriff in town. But with all due respect to Nunes, when it comes to the greatest of all-time discussions the public has a short memory. As great of a two-division champion as Amanda is, the greatest female mixed martial artist of all-time is Cristiane “Cyborg” Justino by a country mile. The sports most feared female competitor for over a decade, Justina lost to Nunes in short order by first round KO back in December of 2018. Prior to the defeat, “Cyborg” had been on a ridiculous thirteen-year reign of terror enroute to an impressive 20-1 record overall. Before there was an Amanda Nunes and even the great Ronda Rousey, there was Gina Carano. A mixed martial arts bombshell, Carano was the sports first bonified star who courageously fought “Cyborg” for the Strikeforce inaugural 145-pound title in 2009, losing by TKO in the closing moments of round one in a fight that put women’s mixed martial arts on the map. Carano reportedly couldn’t feel the canvas underneath her feet as she stepped into the cage to face Justino, a testament to the intimidating presence “Cyborg” had established for herself. 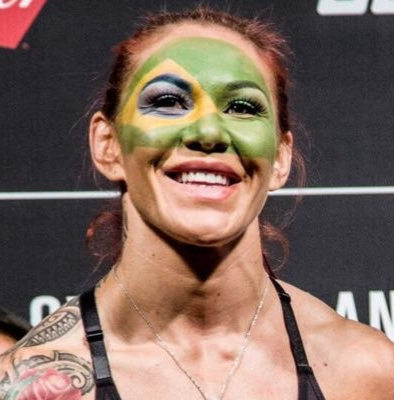 Unfortunately for “Cyborg,” some two years later after the Carano fight, “The suspicions of many appear(ed) to have been confirmed,” as Justino tested positive for stanozolol metabolites according to a January 6, 2012 bloodyelbow.com article titled, “'Cyborg' Santos Tests Positive for Anabolic Steroids in California,” by author Brent Brookhouse. Indeed, rumors had circulated for sometime of Justino’s steroid abuse despite no tangible evidence beyond the trail of broken dolls left in her wake. Following the beatdown Cris bestowed upon Carano, “Cyborg” may have become the most ducked fighter in mixed martial arts of the period, male or female, as few were willing to take the same kind of punishment Carano and others had faced. According to a September 9, 2015 foxsports.com article titled, “Miesha Tate hints Ronda Rousey fled 145 to avoid ‘Cyborg’,” author Damon Martin writes, “For the first seven fights of her career, from amateur until turning pro, Ronda Rousey was a wrecking machine at 145 pounds after winning an Olympic bronze medal at 154 just a few years earlier.”

Accusing Rousey of avoiding a fight with Justino, the Fox Sports report went on to quote former UFC bantamweight champion Meisha Tate as stating, “I just know from her whole career it was 145 and 145 only at the beginning. It seemed like when the talks of ‘Cyborg’ became more serious it was like ‘No, I’m dropping to 135.’"

Honestly, while what Tate is inferring may very well be true, I don’t think anyone can blame Rousey from avoiding the inevitable. There was an aura of invincibility surrounding “Cyborg” that suggested the hype was very real. In fact, Justino’s unanimous decision victory over boxing legend Holly Holm at UFC 219 in late 2017 marked the first time since 2008 that “Cyborg” hadn’t won a fight by TKO or KO in the ring or cage.

As impressive as Nunes resume may be, she only became the UFC bantamweight champion in 2016 and sports an 18-4 career record overall with a controversial decision victory over Valentina Shevchenko at UFC 215 just two short years ago now. Which in itself means Amanda has not proven to be as dominant of a force in women’s mixed martial arts as “Cyborg” was in her prime.

Nunes, while a veteran of the sport in her own right, has literally traversed the path forged by pioneers like “Cyborg” and has a long way to go before proving herself to be the same kind of enduring commodity that Justino has for over a decade in the making. Nunes may be good, she may even be great, but the greatest of all time she is not. That title will remain with Cristiane “Cyborg” Justino until someone just like Amanda Nunes leaves their indelible mark on the sport in the same kind of dominating fashion as Cristiane Justino has done.