According to a July 20, 2019 The Sun article titled, “'TOO BRAVE' Dave Allen rushed to hospital after David Price battered him in all-British showdown,” author Jack Figg writes that the 27-year old was reportedly, “Taken to the Royal London Hospital as a precaution, after he stood up and collapsed down with his legs giving way.” A well-known funny man outside the ring, Allen is a beloved figure on social media for his often times light hearted, easy going persona. All business in the ring, Allen no doubt gave it his all and planned to go out on his shield in a do or die mission all too common among pugilists who “too brave” or “too tough” for their own good.

“The story of Dave Allen vs David Price was supposed to be the likable Dave Allen picking up another win over a decent if faded name,” writes author Scott Christ of badlefthook.com. “Apparently, no one told David Price the story, though, as he pretty well dominated the fight and stopped Allen after 10 rounds,” according to Christ. With a noticeable height and reach advantage, it didn’t take a rocket scientist to figure out Allen was going to have his work cut out for him against the rangy Price, who in proportion to his opponent made Allen look like he was bringing a knife to a gun fight. Bad Left Hook would go on to report that, “Allen just had no answers for the longer, taller Price in this one, and while Price did show some signs of fatigue at about the point you’d have expected, it never overwhelmed him at all, and Allen just never got any rhythm or momentum.”

Later, Allen would go on to report an update on his health via the social media platform Twitter: “Don’t want anyone to worry about me, just a hard man gone old and soft the last 18 months, very happy and proud of David price, I will be okay but the last 12 months or so my health has been deteriorating and I’m glad I hung on took the chance and made money and now probably done.” 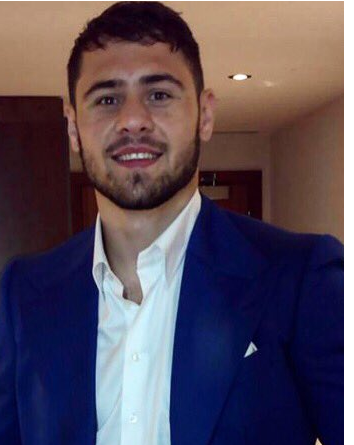 Allen’s health problems and apparent subsequent retirement come on the feels of Russian fighter Maxim Dadashev undergoing brain surgery for a subdural hematoma following his bout with boxer Subriel Matias according to a July 20, 2019 Washington Post article by author Gene Wang titled, “Russian boxer is in medically induced coma after brain surgery.” The fight was reportedly stopped in the 11th round after Dadashev’s cornerman Buddy McGirt had seen enough and threw in the towel. Unfortunately, Dadashev would later succumb to his injuries. Becoming the latest in a long line of professional boxers to be killed in the ring.

Just late last year, former Canadian champion Adonis Stevenson was knocked out in his championship bout and later put into a medically induced coma following his bout with Oleksandr Gvozdyk. Unfortunately underlining the brutal truth surrounding the great sport of boxing and the realities associated with a career in combat sports. This isn’t a game, nor is it a sport for the feint of heart. Its deadly serious business and unfortunately for some they have paid the ultimate price in pursuing their pugilistic dreams.

If Allen is to be taken at his word, and I believe that he is, his symptoms following the Price fight are a continuation of a bigger picture associated with a career of taking hard knocks to the head. Wise to call it a day while he can still spell his name, professional boxing will be losing one of its great and underappreciated personalities in the wake of his 10-round TKO defeat. Though the enticement of just one more big pay day and the uncertainty of a world without boxing is not something so easy to walk away from. Whatever the case may be, I think everyone wishes Allen the best in his ventures despite the genuine scare initial reports of his declining health first elicited.