The left is dying to get their hands on the key to Pandora’s box enroute to releasing the Kraken and transforming the American dream into a socialist nightmare. The only thing standing in their way for the time being is the fact that the executive branch is still occupied by Donald J. Trump; who just so happens to still be the President of the United States and Commander-in-Chief of all US armed forces. With over four years of violent riots and protests occurring across the country at the hands of the Chinese aligned Black Lives Matter and Antifa domestic terrorist organizations, the Democrat party supported guerrilla factions have launched asymmetrical warfare operations against the American people. Their ultimate goal to oust the Trump administration and overthrow the United States government. As widespread election fraud from coast to coast has called into question the American democratic process and threatened their very way of life; the Trump administration has quietly laid the legal foundation and groundwork necessary to invoke the Insurrection Act and declare martial law.

“At 5 p.m. on Wednesday, police reinforcements were starting to clear a mob of Donald Trump supporters from the United States Capitol, which they had occupied for almost three hours,” writes author John Cassidy in his January 6, 2021 New Yorker article titled, “This Violent Insurrection Is What Trump Wanted.” According to the report, “The representatives and senators, who were holding a joint session of Congress to certify the results of the Electoral College when the Trump supporters broke through security lines, are still in lockdown.” 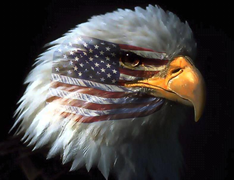 Though the lockdown was short lived, similar headlines can now be found at mainstream media publications across the internet, with “Insurrection Deserves Forceful Response,” and “What happens after an insurrection,” now curiously trending as common place topics of conversation among left wing ideologues following President- Elect Joe Bidens congressional Electoral College certification win. With the violent hate crimes perpetrated against the president’s supporters and the American people over the last four years going virtually ignored by these same media zealots, the gross hypocritical nature and nefarious intentions of the radical left wing begin to come into focus.

Highlighting one of the many examples of the Democrat led Marxist insurgency on the ground prior to the election, “President Trump threatened Monday to take military action in American cities if the violent demonstrations that have been taking place in recent days aren't stamped out,” writes Domenico Montanaro in his June 1, 2020 NPR article titled, “What Is The Insurrection Act that Trump Is Threatening to Invoke?” According to the report, “The original text of the act, which has been amended several times since it was first passed, reads as follows:

"An Act authorizing the employment of the land and naval forces of the United States, in cases of insurrections.

Interestingly, NPR goes on to report that, “Before invoking it, the President 'must first issue a proclamation ordering the insurgents to disperse within a limited time, 10 U.S.C. § 334.4. If the situation does not resolve itself, the President may issue an executive order to send in troops,' according to a 2006 report by the Congressional Research Service.”

Which is information that seems to be corroborated by our independent research and investigation here at the MMAPressRoom.com according to, “Sect. 334. Proclamation to disperse” under an accompanying Insurrection Act pdf document located at the defense.gov website. The government report goes on to state, “Whenever the President considers it necessary to use the militia or the armed forces under this chapter, he shall, by proclamation, immediately order the insurgents or those obstructing the enforcement of the laws to disperse and retire peaceably to their abodes within a limited time.”

Immediately following the siege at the US Capitol, the president embraced a law and order message to those in attendance at the DC rally in ordering the crowd to disperse and go home according to a January 6, 2020 New York Post article titled, “Trump releases statement telling supporters who stormed the Capitol to go home.” The report on to state, “We had an election that was stolen from us,” said President Trump. “It was a landslide election, and everyone knows it, especially the other side. But you have to go home now. We have to have peace. We have to have law and order. We have to respect our great people in law and order. We don’t want anybody hurt,” the President explained.

With the United States currently embroiled in the middle of the COVID-19 coronavirus pandemic, the mainstream medias curious labeling of the January 6th DC rally as an “insurrection” while simultaneously demanding a “forceful response” against the American people in the wake of the Capitol building seige is inviting the lid to be opened on Pandora’s box; marking the point of no return for the American people and their way of life.

According to the “National Strategy for Pandemic Influenza,” the Department of Defense has a civil disturbance plan known as ‘Garden Plot." Conveniently nestled beneath the heading of “The Insurrection Act,” according to page 230 of the CDC.gov report, “Under the Insurrection Act, the President may use the National Guard (when called into Federal service), reserves (when called to active duty), and members of the Armed Forces to enforce Federal laws or to suppress the insurrection. DOD has an established protocol, the Commander, U.S. Joint Forces Command Civil Disturbance Plan (“Garden Plot”). Under this plan, the Attorney General is responsible for receiving and coordinating requests for military assistance.”

With an internationally backed Marxist insurgency having violently playing out on the streets of America for many years now, spanning the entire course and duration of the Trump administration as the Chinese aligned Black Lives Matter and Antifa domestic terrorist organizations have conducted asymmetrical guerrilla warfare operations against the American people, the Trump administration has quietly laid the foundation and groundwork to invoke the Insurrection Act and declare martial law. Whether or not the Trump administration pulls the trigger on Operation Garden Plot remains to be seen as the United States has slow walked right up to the edge of the line of tyranny. Though the democratic left has already shown its hand in all but guaranteeing their intentions to rule with an iron fist. As the clock inches ever closer to the zero hour of midnight for the American people, it has never been clearer that the democratic left is dying to get their hands on the key to Pandora’s box in an effort to release the Kraken and transform the American dream into a socialist nightmare.